Wealthy non-San Diegans, some with colorful pasts, open their checkbooks for former Republican as official GOP field has yet to gel

As an expected crash campaign by San Diego's richest man, Qualcomm Democrat Irwin Jacobs, ramps up behind the scenes for Nathan Fletcher's mayoral bid, money from some of San Diego's wealthiest neighbors is already starting to arrive in the former Republican's political kitty. 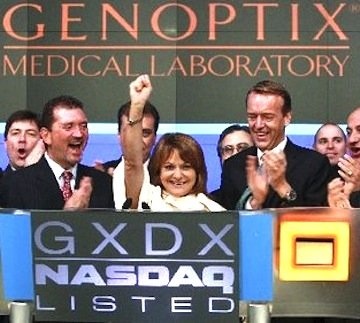 In disclosure filings posted online by the San Diego city clerk's office yesterday and this morning, the Fletcher forces revealed they had already picked up $1000 from each of five well-heeled out-of-city residents, including Michael McNerney of Encinitas, senior vice president of Lowe Enterprises Real Estate Group and Rancho Santa Fe's Tina Nova, president and CEO of Genoptix.

As Fletcher, backed by well-connected million-dollar-plus Obama financier Jacobs, rakes in the big special interest money, his biggest potential GOP foe, U-T San Diego’s Douglas Manchester-backed Carl DeMaio, has yet to say one way or the other whether he is giving up his current congressional bid to run against Fletcher, scheduling a possible announcement on his decision for next week.

Virtually all business establishment campaigns in San Diego, whether Democratic or Republican, have relied on dollars from Rancho Santa Fe, one of America's wealthiest zip codes, for financial succor.

McNerney, for one, was one of several real estate industry powers and business lobbyists to host a giant DeMaio mayoral fundraiser last year, along with Christopher Neils from Sheppard Mullin, the huge downtown law and lobbying outfit.

Super rich biotech maven Nova has been a colorful mover on the local bio-tech scene, as reported here by Don Bauder in October 2008:

Nova, chief executive of biotech Genoptix, this week was the victor in a lawsuit filed by Las Vegas's Lawrence (Lance) Ackland, whom she had wed quickly in mid-2005. She had the marriage annulled almost as quickly, partly because she realized she was still technically married to her fourth husband. He sued her for malicious intent to inflict emotional distress.

According to the decision in Clark County district court, Nova was also disturbed to learn that he was exchanging allegedly sexual emails with a Canadian woman, that he was on the brink of bankruptcy, and had lost his driver's license because of several DWI's, according to the judge's decision. The judge said that Nevada has abolished the cause of action (infliction of emotional distress).

Akland's lawyer, Joshua Landish, disputes the judge's interpretation and will appeal to the Nevada Supreme Court. He also says a psychiatrist called to testify for Ackland "made a 180 degree turn" from the path he had agreed to take. Ackland claims that Nova was willing to settle with her, but he pushed ahead, believing he would win a judgment. I could not get an answer from her; she asked me never to call her again.

Genoptix went public a year ago at $17 and the stock closed today (Oct. 24) at $31.66, up 50 cents. That is an excellent move during a vicious bear market when most stocks have been battered.

The local biotech lobby, from which Fletcher is expected to get a major cash boost, has a long wish list, including the city's controversial toilet to tap sewage into drinking water project, as articulated by the Biocom advocacy organization.

McNerney's Lowe Enterprises specializes in "public-private" partnerships with local government, according to its website

So the annulment was from her fifth husband? And this is the once highest-paid biotech executive in town? With friends like her .... But I guess her money is as good as anyone's.

Matt - the repurification of water from sewage is no longer even close to controversial compared to the past. Earlier this year, City Council accepted the study done on the 1-yr. pilot project regarding "Indirect Potable Reuse" of the reclaimed water. Their vote was unanimous and the motion included a recommendation that the City should also look more closely on Direct Potable Reuse.

Surveys over the past 7-8 years that I've been following water repurification in San Diego have show steady but fairly rapid increases in the percent approving of the process. I think the most recent number is in the vicinity of 63%.

Consistently, as people have learned more detail about how the wastewater is treated and re-treated through multiple stages of greater purification, they shift from uninformed distaste to support for the concept. I've no doubt that concerns about increasing costs for imported water and about future availability of water for importation due to drought/climate change have contributed to that change.