Robert Otis Griffith, 41, made a misdemeanor no-contest plea to a trespassing charge, in San Diego’s North County Superior Courthouse today. He is now at liberty on one-year “summary” or unsupervised probation.

Griffith was a star for San Diego State University’s football team, and an NFL player as recently as 2006.

Griffith has been in court recently because he got bad advice from a much-arrested and disbarred attorney named Michael Theodore Pines, according to a prosecutor today.

Prosecutor Damon Mosler said he believed the professional athlete was misinformed by a person no longer qualified to practice law, and that is why Griffith trespassed on an estate in Rancho Santa Fe, in July of this year.

According to testimony at recent hearings, the athlete apparently owned the property in the 15000 block of Via De Santa Fe in a posh area of San Diego County, the estates there are valued well over $3 million. But Griffith recently had difficulties and declared bankruptcy, and this caused his property to come under control of bankruptcy trustees. Apparently it was two months ago that tenants who lived on the property were contacted by both Robert Otis Griffith and Michael Theodore Pines.

Last month, disbarred attorney Michael Theodore Pines admitted making a written extortion attempt on one of those tenants, and practicing law while suspended, and trespass.

In past court appearances, Pines’ mental competency has been questioned. He likes to position himself as a champion of persons in danger of losing their homes; he speaks of bank conspiracies and often threatens legal action. In past, the unusual attorney has invited television news cameras to follow him while he assisted clients trying to get back into their foreclosed homes, even arranging a locksmith to open a front door. Pines could get as much as 4 years and 8 months in custody for his current list of admitted offenses, his sentencing is scheduled for September 26.

There appears to be another attorney named Michael Pines who practices personal injury law out of his La Jolla offices, in San Diego County. 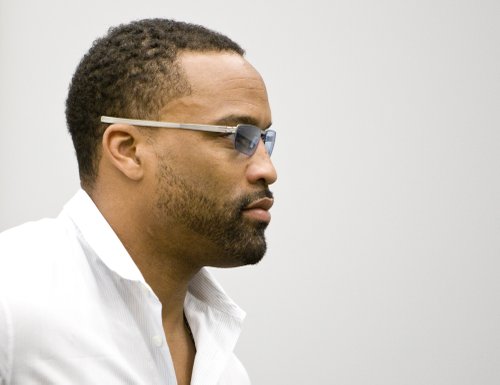 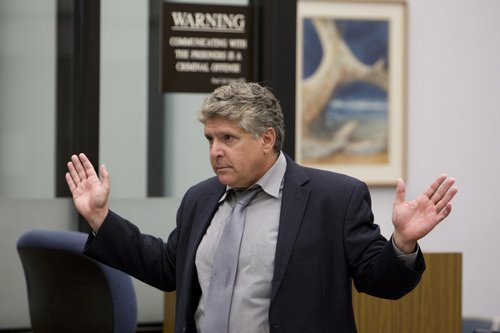 If pines made a plea he has admitted his guilt and he is a fraud.

No respect for the guy at all.