Republican Party Responds To Nathan Fletcher's Move To The Center

Mayoral candidate, Assemblyman Nathan Fletcher, must have known that his decision to leave the GOP and register as an independent wasn't going to go over too well with his former party.

And, judging by the statement from Chair of the San Diego County Republicans, Tony Kvaric, it didn't.

"Now, running dead last for San Diego Mayor, and after having raised as much Republican money as he can, Fletcher is trying to hide from his conservatism and partisan Republican record to reinvent himself as something else," stated Kvaric, an outspoken supporter of Republican mayoral candidate, Carl DeMaio.

"Nathan Fletcher running for office as an independent is about as credible as Rick Santorum trying to run as a Green Party candidate."

But the Republican Party wasn't the only political party to have harsh words for Fletcher. In a series of posts on Twitter, Jess Durfee, chair of the San Diego County Democrats, wrote:

"@nathanfletcher goes from loyal right-winger in his 1st term, to moderate once he decided to go 4 mayor. Now he's an indy. #anything4avote." 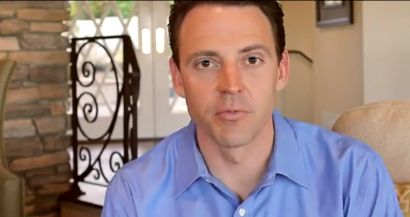 I am fully in support of this move. Its innovative, and Fletcher has demonstrated his sincerety, way before this move. Anyway, I´m on board.