A dishonest bookkeeper who admitted to stealing from her employer was sentenced to more than 5 years prison this week.

Jennifer Lyndi Davey, now 64, was sentenced to 5 years and 8 months prison on Monday July 23, 2012. In her admission of guilt, Davey wrote that she “unlawfully took and stole money from Beckman Properties…by unlawfully completing and passing false or altered checks.” Davey reportedly forged more than 300 checks.

The woman worked as an office manager for Beckman Properties of Solana Beach during the years 2000 to 2007, according to investigators. Davey was “terminated” when her accounting was found to be “not satisfactory,” according to investigator Sergeant Mark Varnau, with the San Diego County Sheriff. Within months, the next bookkeeper discovered the embezzlement.

The admitted fraudster has promised to pay back $1,487,029.63 to William Beckman, according to court documents. A “restitution review” regarding the balance due to her defrauded employer is set for August 23 in San Diego’s North County Superior Courthouse in Vista, but the felonious bookkeeper is not expected to be present for this hearing. 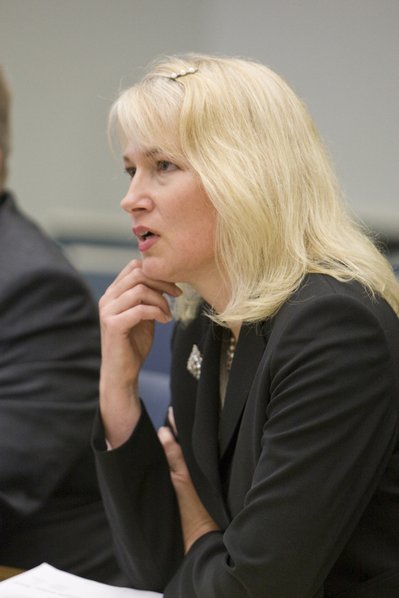 Lotsa luck on recovering the money. Where is that woman going to find a million-four? Embezzlers rarely put the proceeds of their thefts in the bank and watch it grow. (I've never heard of that happening and probably never will.) Somehow they manage to spend the money, waste it, give it away, or lose it in a casino.

LOL....these "restitution" hearings are such a joke, not worth the time they take to put the dog and pony show on....the money will never be repaid-not a dime.

She should have worked for a large bank. Nothing ever happens to those folks when they steal.

Dont laugh, this is 100% true-the Big Banks will pay you to go away and keep it concealed.

An update on hopes of repayment from prosecutor Anna Winn: “We do not believe she has the ability to repay the money she stole. However, we do expect her to pay as much as possible once she is released from state prison.”

Apparently Jennifer Davey was good at hiding money but not keeping books.

“Unfortunately she put more effort into her deception than her actual job,” the prosecutor stated. “In order to hide her stealing, Davey generated fraudulent bank statements each month, which required a great deal of effort.” The thief was shameless. “She was calmly and repeatedly able to look her employer in the eye while stealing over a million dollars from him,” Anna Winn noted. “She betrayed her employer on a daily basis.” Posted by Eva Knott. Photo of prosecutor by Nick Morris. 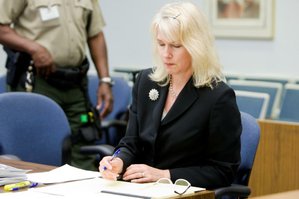 Wow. Generating phony bank statements likely did require plenty of effort, probably involving something akin to combining desktop publishing with photoshop software. Usually these folks who embezzle funds for long periods of time are dismissed by their employers as being too dumb to know how to steal. I'd wonder if that was part of her deception. But after these schemes are revealed, certain things about the behavior are recalled. Typically the person NEVER missed a day of work, NEVER took vacation, and was ultra-possessive about certain aspects of the job, such as files or opening all the incoming mail. I'd also be interested in knowing just how she was finally detected. Many times the perpetrator will later claim that he/she didn't intend to "keep" the funds, but was taking a loan that would be repaid, except, of course, that it wasn't.