After 40 years of influencing the field, the UCSD-based powerhouse of an entity known as the Center for Research in Computing and the Arts (CRCA) got it’s plug pulled. The organization is no longer what the university refers to as an Organized Research Unit (ORU), as of July 1st. These units provide a structure for interdisciplinary efforts at the university, and as one of the longest running examples of this idea, it is a bit of a surprise that this status no longer applies to the group. 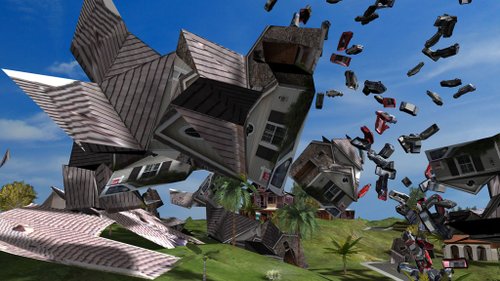 The individual members of the organization include some of the most influential innovators in new media, computer music, and data visualization. Take Miller Puckette for example, who is the lead creator of the popular programing environment for music known as Max/MSP, and it’s free open source cousin Pure Data - which is still downloadable from CRCA’s web server-space at present time.

The organization was housed on UCSD’s campus within Atkinson Hall, otherwise known as the California Institute for Telecommunications and Information Technology (Calit2) - itself considered an Organized Research Unit. Since the building was erected on UCSD’s campus in the mid 2000’s, the group managed some of the faculties, including a 3D fabrication lab, a spatialized audio lab, and a performative computer lab, all well equipped for New Media experiments.

In an in-house news report, the Institute’s director, Rao Ramesh, said these facilities will now be run by Calit2 itself. Ramesh also suggested the facilities will be available to a broader spectrum of researchers and professors with proposals. Interestingly many people at UCSD, including some professors in related fields, are not aware the facilities exist. It is a big campus.

Hardly knew it existed, thought it was part of CalIt2. But to me, it's really done it's job, providing a home to projects that could not have happened without a cross discipline resources. There are now two homes for the research: 6th college seems to be devoted to such interaction, and CalIT2. Dissolving of a long living ORU is sad. But really, ORU's appear and disappear. Just like redevelopment agencies, they siphon off resources from departments. So there is some push to integrate them into departments.

always funny to see a science university try to fold arts' support into its capitalistic funding infrastructure. with all snarkiness aside, when compared to industry research, an art institute will loose the "dollars-of-research-grants-per-square-foot" game every time.

a sad day for the arts in san diego. even if CRCA wasn't very visible to the public, really important stuff happened there for years and years.