It was named the "Big Bay Boom"; the 2012 fireworks display that port officials said would bring excitement to the waterfront, make San Diego Bay a destination, and bring people to tenant businesses while generating revenue for the Port.

Well, for the thousands of San Diegans and tourists who stared at the sky minutes after nine o'clock the "Big Bay Boom" turned into a Big Bay Bust. A computer glitch caused all of the fireworks to ignite at once, five minutes early.

And while the port promises an investigation, the failed firework display came at a cost.

According to a presentation from Jim Hutzelman, from the Port's marketing and communications department, the cost of Big Bay Boom was estimated at $165,000. That money paid for four barges and fireworks along the Imperial Beach Pier. According to the presentation $95,000 went towards title sponsorship and $70,000 for services.

Didn't you always fantasize about what would happen if ALL the fireworks went off at once? Why are people complaining? They witnessed history!

The Big Bay Bust was awesome.. Never before, have people witnessed such an event. It was spectacular, and stunningly explosive. San Diego will, of course, have to top this one next year... Let's do it in style with instead of the usual four barges exploding all at once, increase it to five for 2013... Only in San Diego, could we have come up with such a well orchestrated event.. Dive 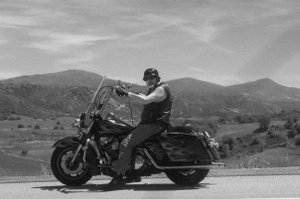 For any of us who have a Luddite orientation, this is a lesson. Trust the system to computers and the "fool-proof" programs that drive them, and one miniscule thing that goes wrong can destroy just about anything. When these fireworks go off, I'd be much happier to see some dude waving a baton, like an orchestral conductor, signalling the detonations. Why eliminate the human element from such wasteful traditions? Here in formerly-rural Vista, we had a bang-up fireworks show, among the best I've ever seen live or on TV.

Noted: the local San Diego company that has been running this show for years was booted in favor of an operation out of New Jersey for 2012...