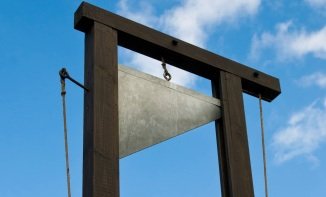 San Diego Gas & Electric has told the California Public Utilities Commission that there is no need for local public hearings now on its attempt to get customers to pick up uninsured costs of the 2007 wildfires. Recently, the Mussey Grade Road Alliance asked for such a hearing. SDG&E has been requesting that ratepayers pick up the tab for certain insurance expenses in the future. In a one-sentence request snuck into verbiage on that topic, it also asked for coverage for the 2007 fires, for which regulators found that it had responsibility because of negligence. Immediately, the Mussey group said that the San Diego public must know about this backdoor maneuver — and also know more about the blank check that would be written to cover future liabilities.

Now SDG&E has told the CPUC that it would be "inefficient and confusing" to hold such public meetings at this time. SDG&E, in essence, wants the CPUC to set up the mechanism for its sticking ratepayers with the bill. Then, after the amount is determined, the company says it would be amenable to public discussion. But once the mechanism is set up, the ballgame is over. "This is like SDG&E saying that 'We are constructing a guillotine, but you don't need to have any public comments now. Wait until the blade is against your neck," says Diane Conklin, spokesperson for the Mussey alliance.

What is highly suspicious is that in its November 3, 2011, quarterly report to the Securities and Exchange Commission, SDG&E's parent, Sempra Energy, told its shareholders that "it is probable that it will be permitted" to collect the 2007 fires liability costs, which come to $463.9 million. SDG&E is now saying it is not certain what those costs will be, but Sempra has already told its shareholders it expects to recover the costs and book them as a regulatory asset. Several people, myself included, suspect that a closed-door deal has already been made. I believe that not only should there be public discussions, but the commissioners of the CPUC and officers of SDG&E should be put under oath and asked if there was a backroom deal.

The only way to handle the "public meeting" scam is to hold a protest outside the meeting room to protest the abridgment of free speech inside and the lack of responsiveness to questions and statements of fact--which, if they have no hype or framing value, always are ignored. When the questioning gets too close to the truth, the truth-obscurers clam up. DON'T LET THEM GET AWAY WITH IT FOR ONE SECOND. GET TOGETHER BEFORE THE MEETING AND AGREE ON NOT LETTING ONE UNANSWERED QUESTION GO BY, NOT ONE INSTANCE OF EVASION, DIGRESSION, OR DISSEMBLING OCCUR. AGREE TO CHANT IN UNISON, "ANSWER THE QUESTION, ANSWER THE QUESTION, ANSWER THE QUESTION . . . 'TILL HELL FREEZES OVER OR THE COPS ARREST EVERYBODY.

You have GOT to convince ALL of the signed up speakers to repeat the unanswered question. If some subsequent speaker wants to flap his gums or otherwise admire himself, go into the chant and shut HIM (or her) up.

You've got to FORCE enough to give the media something they can't refuse to cover. (Of course, have your own [redundant] media grinding away, from cell phones to the best quality videotape you can get, from different angles and distances, with people mic'd up with wireless mikes.

Please, PLEASE--come up a better STRATEGY or use this one until you do. Otherwise, if you persist in narcissistic posturing (or allowing such folks to screw things up) you will always be written off as the impotent rabble. That's EXACTLY WHAT THEY THEY THINK OF YOU.

But ABOVE ALL do NOT form any kind of organization, stay diffuse, and let the "leadership" or spokespersonship shift among you so the authorities are always off guard. Don't give them a head to cut off!

You're right: SDGE and CPUC officials should be forced to come clean. Warning: they talk in tongues. They will throw around acronyms like WEMA and WEBA to obfuscate a reply to any question. Utility regulation is an insiders' game and the CPUC is out to protect utility shareholders while screwing utility customers. The regulators and regulated speak their own obtuse language. It has to be penetrated with persistent questioning. That's why SDGE doesn't want a public meeting until after the mechanism is in place. Best, Don Bauder