Coyote hunts and Burning Man showers up for fair board backing

Modoc County is about as far away as you can get from San Diego and still be in California, 744 miles by car, to be precise.

But the cash-strapped Modoc District Fair, located in the tiny town of Cedarville, is calling on the board of the 22nd District Agricultural Association, which runs the San Diego County Fair in Del Mar, to come up with $100,000 in a desperate bid to keep from going under.

"Larger fairs and fairs that are operating with profit margins have discussed the idea of adopting a fair, or becoming sister fairs, with the idea of assisting small rural fairs that are in jeopardy of closing, for the short term, to allow the fair network to come up with alternative funding solutions or give the fairs the chance to become entrepreneurial and give them the opportunity to implement revenue generating ideas."

According to DePaul's letter, "The Modoc District Fair is the only fair in the State of California that took this initiative."

Under Modoc's proposal, to be considered here next Tuesday, the Del Mar fair would contribute $100,000 to match a $50,000 donation to be made by the Mark & Jessie Milano Foundation of Wilmington, Delaware.

Mark Milano is a wealthy oilman and rancher with operations in Modoc County who also runs a 26,000-acre spread in the Tehachapi Mountains, according to published reports. 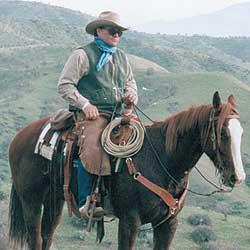 "Mr. Milano owns the Milano Land & Cattle Company ranch located in Canby, California," according a DePaul letter of December 6. "His Foundation has been very generous in supporting community service organizations in Modoc County and other worthy causes."

"The Modoc District Fair is not requesting financial assistance from the San Diego County Fair for charity or to continue to operate as fairs have in the past," DePaul's November letter goes on to say.

The state's "sister fair" program, she explains, is intended to "allow the fair network to come up with alternative funding solutions or give the fairs the chance to become entrepreneurial and give them the opportunity to implement revenue generating ideas."

As it happens, one prospective source of cash flow for the conservative cattle country fair is catering to the pilgrimage of artists, online geeks, and counter-culture enthusiasts who stream through remote Cedarville at the end of every summer en route to Burning Man, the annual happening in Nevada's Black Rock desert, about a hundred miles to the south.

Another moneymaking possibility to be explored with the Del Mar funds: "Lodging Stays Combined with Local Activities," including "squirrel hunts, bird hunts, [and] coyote hunts."

I've heard that Cedarville and Modoc County generally are home to a lot of folks in the federal witness protection program.

Surely it's the beginning of the end of isolation when a "conservative cattle country fair" up there has to reach out to San Diego's well-heeled urban County Fair at Del Mar for support -- never mind having to market its town to Burning Man pilgrims, many of whom could use rehab services as well as showers.