U.S. criminal on the run arrested by Baja state police

A wanted United States fugitive was apprehended in Tijuana earlier this week after a request by the ATF law enforcement agency helped locate the criminal. The 39 year old suspect, David Torrado, was arrested on bulevar Sánchez Taboada, in the Zona Rio district.

U.S. authorities stated that Torrado is wanted on weapons charges in his native country. The international unit of the Baja California state police executed the arrest, as the unit has done on a regularly basis in coordination with U.S. authorities.

Torrado was displayed for local media as prepared statements were released. A search of U.S. criminal records shows the suspect has previous felony arrests in Las Vegas, Nevada and Salt Lake City, Utah. 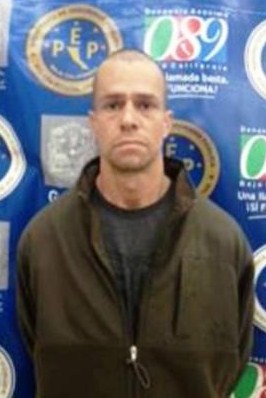 And what was his "native country", one wonders? Was that information provided?

USA is his native country

he is from "the country to the north"...