Report shows $50,000 in personal loans as fundraising hangover from costliest San Diego mayor's race in history continues after the election

As first reported here, Democratic mayor-elect Bob Filner is staging a fundraising bash at the Mission Bay Hyatt this coming Thursday, co-chaired by AFL-CIO honcho Lorena Gonzalez and Chamber of Commerce insider Mel Katz and his wife Linda. Entry-level tickets are $500 each, with a special "V.I.P. reception" reserved for "those that raise $5,000 or more."

Now comes Republican San Diego District Attorney Bonnie Dumanis, who placed fourth in the race for mayor, with a plea of her own. 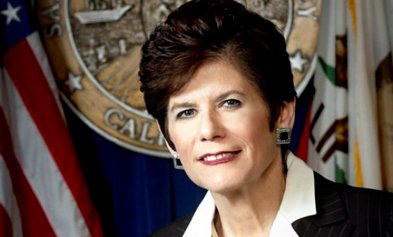 According to a semi-annual disclosure statement filed with the city by the Bonnie Dumanis for Mayor 2012 committee on July 28, Dumanis herself was owed a total $50,000 for four personal loans she made to the campaign beginning in March of this year. The last loan, in the amount of $5,000, was made June 6, the day after the election.

Each of the interest free loans is listed with a due date of December 31.

Other than those obligations, the fund's biggest unpaid bill was $14,000, owed to the Gemini Group, the political consulting operation of Jennifer Tierney, who handled the campaign.

"I hope you are well and are enjoying the holiday (and post-election!) season.

"I am in the process of closing out my Mayoral campaign debt and have until tomorrow at midnight to accept contributions. Would you be able to contribute to my debt retirement in the next two days?

"Thank you so much for all you have done to support me in this campaign and over the years. It truly means so much.

"I know everyone was stretched this campaign season and with the holidays upon us it is even tougher, but any amount would be a huge help. If you contributed $500 during the Primary election then you have given the maximum allowable.

"If not, I hope you'll consider giving today. You my donate online at www.BonnieForSanDiego.com and click "Contact" at the bottom of the screen below the letter, and then the red "Contribute Now" button on the following page. Please contact (619) 239-1721 with any questions.

"Thank you, and I look forward to seeing you soon."

Post primary election donations to Dumanis included $500 from Keith B. B. Jones of Ace Parking on June 18, according to the July filing.

What is this? Bonnie Dumanis trolling for money? NOT DUMANIS would like to offer her a pile of green stuff to offset her campaign costs, if she signs a promise to not run for office EVER AGAIN!! You cannot put a price on getting the Dirty D.A. to vacate the "Hall of Justice" and bring back good, clean government to San Diego, as it should be.

I widh Eva Knott would do a story the federal lawsuit Cynthia Sommer filed on Dumbass' in federal court for manufacturing evidence in a 1st degree murder case.

How unseemly for the DA to be grubbing for dinero. When she put some of her own money into the race it was totally proper. (If a pol won't spend some personal funds it is an indication of lack of commitment.) She can well afford $50 K, and if I got one of those mailers from her (an unlikely event indeed) I'd tell her to stuff it.