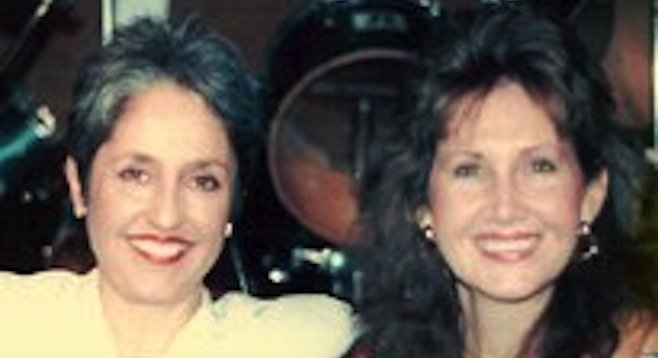 Matt Bozzone (Todo Mundo): "At a show on our current tour the power cut out on us, but we just kept playing the song and broke out into some drum solos. The power turned back on, so we went right back into the song, but then the power went out again. We kept going. The audience cheered, they saw that things were out of our control, but were trying to make things work. You have to improvise when unexpected things like that happen. It was a cool moment even though we would have liked to play the songs as we normally do.”

Chris Faust (Sound and Promo man): “It was 1973 or 1974. I was on the road doing sound for Merle Haggard. I was a skinny long haired urbanite living in Boston. We were playing the Cow Palace in Fort Worth Texas. (Former San Diegan) Barbara Mandrell opened and Tommy Overstreet was second act. When Merle sang “Okie from Muskogee” and got to the line “We don’t let our hair grow long and shaggy, like the hippies out in San Francisco do” the spot operator thought it would be funny to put the spot on me at the console. Well the beer bottles started flying past my head. I could hear the wind blowing through the bottles like when you blow over the top of a beer bottle. I ducked before getting nailed and shouted into the intercom “turn that off before I get killed here!" It made for some goods stories in the green room."

Chris Biggin (We Are Sirens) "I was playing booze fueled gig in London, which led to a Liam Gallagher lookalike to come on stage, rip his boxer shorts off from under his pants, and put them on his head. He then proceeded to sing “Wonderwall” into the mic. Which would've been fine. If we were playing “Wonderwall.”

Garrison Bailey: “This year I was on Bravo’s The Kandi Factory as a contestant. Kandi Burruss is a multi award winning artist who has written songs for Pink, Mariah Carey and Whitney to name a few. I auditioned for the show by telling my life story and singing. Long story short, I was chosen to be on. Kandi wrote me a song about an orgasm because for some reason she thought that I had never had a good one. It was called “The Mighty O.” While I was onstage performing this song which was going to be televised across the United States, the microphone flipped out of the socket and hit the ground like a bomb. I did what any professional would do. I picked it up and kept singing about an orgasm.”

Suzanne Shea: “Around 1990, I was singing in small dark honky-tonk in Santa Clara with country and western band, The West Coast Players. Line-dance lessons were in progress as we brought in our gear for the night and set up. There, going around the dance floor, was Joan Baez! As a long time folk fan/singer myself, I was blown away. Someone said "Yep that's Joan. She lives in Woodside, and stops in to take a line-dance lesson sometimes". I was amazed to get to see her in our little honky tonk.

Our band continued to set up. The dance lessons wrapped up and I thought for sure Joan and friends would probably head out, but they stayed and sat down to listen. I went over to her and introduced myself, telling her how influential her music has been on my music road, and it was wonderful to have her and her friends there. She was very gracious and said she was having a great time and happy to be there.

About four songs into the set, she approached the stage and told me she loved my voice (!), and asked if she could SING a song with me. Wha??? I about fainted! She got up; I suggested we do "The Rose" and we dove in. We automatically each took a verse, and switched our harmony parts where need be, as we went along. The crowd cheered--they KNEW what a special moment that was for us all. I asked her to stay up there and do a song by herself with the band, and they did a Hank Williams song; she knocked it out of the park.

Back then, people didn't usually carry cameras on them like we can do now, but someone was there that night with a camera! I'm so grateful he got the shots of Joan and I up there… I am SO grateful. I sent the close up shot to Joan a few months later. She signed it and sent it back . It reads, "To Suzanne, AH! the Good Old Days, Love ya, Joan".

She returned next night. The fact she came back again, blew us away. None of us expected to see her again, but there she was and again she asked if she could sing a song with me. Once again I was happily stunned. We sang "The Weight" and then we did "Silver Wings". She was having so much fun singing with a small honky tonk county band.

Life is full of surprises."