DJ Arkon celebrates his birthday with a U.K. invasion at the Kava Lounge.

“This sub-genre is a combination of break beats and jungle that resurrects the old school ‘90s vibe, but also introduces the future sounds of the post-dubstep era. You will hear jungle or trance anthem samples that are nostalgic from the days of underground warehouses before the evolution of drum n bass. Some producers rely on sampling the traditional side of reggae or ragga dubs, while others infuse the rolling bass lines with more of an Amen progressive feel,” says DJ and Dragon Lounge curator Aaron 'Arkon' Hastings. 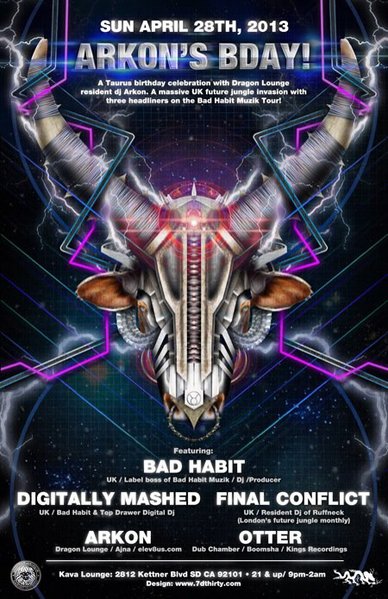