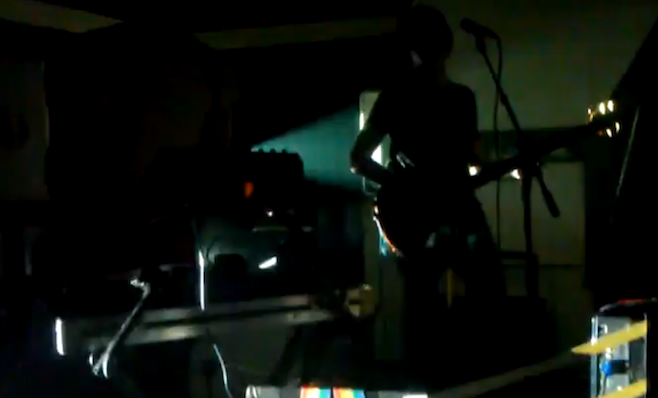 You may know of them from Scarlet Symphony, afro-funk outfit Society!, or, if you’re really lucky, enchanted forest post-rock gnomies The Glorfindel Trio.

Here’s an (albeit dark) look at a tango-based number they played last night at the Soda Bar opening for Austin’s eight-fold path to awesome band The Octopus Project.

Building on the driving house beats that carried much of their set, this track garnishes a dirty electro beat with deft bass lines a la Jaco Pastorius and the aphex lovechild of Justice, Squarepusher, LCD Soundsystem and Bajo Fondo.

Zach Wheeler describes the project as “Positive funk groove. It’s all about the groove. Just a dance party. We want to see people feeling good, not worrying about shit, at least for the hour.”