"I'm in the middle of getting a police report for our stolen gear." It's Kevin Martin on the phone. Some may remember him from Get Back Loretta. "I still play with them once in a while." Otherwise, Martin's a solo act now, more or less.

"Some really cool gear got stolen out of our van." He talks about an '89 Les Paul and an '86 Strat, and a vintage bass, all gone.

"And, we lost some cameras and some iPods and crap." All told? In the neighborhood of $8,000 dollars worth of gear and personal items, taken in a smash-and-grab out of Martin's 15-passenger Ford Econoline. But that's not the worst of it.

"We learned the hard way. We didn't have any insurance."

Some of the equipment belonged to Martin's producer and songwriting partner Lauren Scheff, who comes from the local Point Loma-based Scheff family musical dynasty. "His brother Jason has been the singer in Chicago for years and his dad, a bass player, was on L.A. Woman and a bunch of other records."

The theft actually happened months ago, it turns out. Martin, 29, from Vista, is working on filing a claim with the Grammy Foundation's MusiCares Program, and he needs a copy of the original police report.

"Which I never got. I hate going to the police station."

And, he's launching a Kickstarter campaign. All of this leaves little time to bask in the glory of his two SDMA nominations for Throwback Pop. "It's just me and Scheff on the record. We worked pretty hard on the music." The nominations are for Best Pop Artist, and Best Pop Album.

"I've won both of those categories with Get Back Loretta."

"The Grammy foundation," Scheff emails, "is reviewing our case and going to the board to see what funds they can grant us." He says that the award comes in a specified amount for each band member.

"And, they cut a check to, like, Guitar Center," says Martin, who holds down a day job waiting tables at an area Chili's restaurant. "You can't just blow the money. You have to replace the stuff."

They think Scheff may have inadvertently crossed the thief's path on the Coaster, of all places.

"He was taking the train to come up here to work on songs with me, and he overheard this guy talking about rebuilding a guitar that fit the description of one of the stolen guitars. So Lauren said he wanted to buy it. Then the guy started acting all weird. Lauren thinks he figured out who he was. The dude gave Lauren his number, but it wasn't real."

The duo now have insurance coverage. 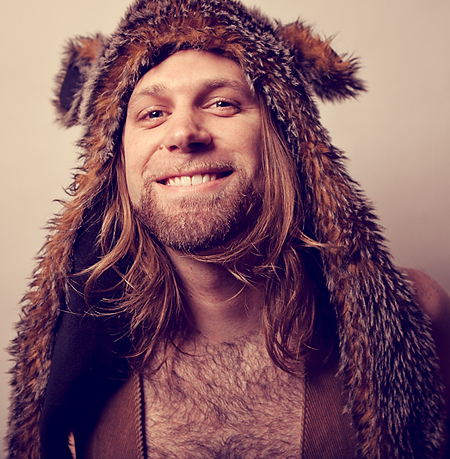