If I were still playing and studying music, I don't think there would be a more intense place to spend a summer week than the 10th Annual UCSD Jazz Camp, which starts on June 25 and concludes on June 29.

Organized by Daniel Atkinson, UCSD's Director of Arts, Humanities and Languages, the camp stands out for me because of the way they have loaded the faculty with an incredible array of master musicians from inside and outside the mainstream.

If you were a pianist, for instance, what could be better than exposure to Mike Wofford, Rick Helzer, Eric Reed, Tamir Hendleman, and former jazz camper Joshua White?

Last year, Atkinson told me, that his goal was to give the students, " a total immersion in jazz."

To that end, each morning begins with a 90 minute class ( split into two levels) in Jazz History/Theory taught by SDSU professor Helzer or UCSD professor David Borgo. Helzer has the unique capacity to wail convincingly in the mainstream context, or explore the avant garde side with people like Vinny Golia. Borgo is similarly versatile. I've seen him sit in with rock-oriented players like former Zappa guitarist Mike Keneally, or play totally free with frequent partner Jeff Kaiser.

Composing and arranging classes are offered by Dresser and Dessen, a thought that sounds like a dream come true to me, or anyone who has heard those two compose and arrange.

Friday night is the highlight student ensemble concerts which start at 6:30 and continue until 10 p.m.

"The students this year are mostly local, as in the past," says Atkinson." But we do have some coming from as far away as Georgia, Connecticut, Maryland, Switzerland and Botswana (!)"

The opportunity to study with this many players of global stature can not be overestimated. 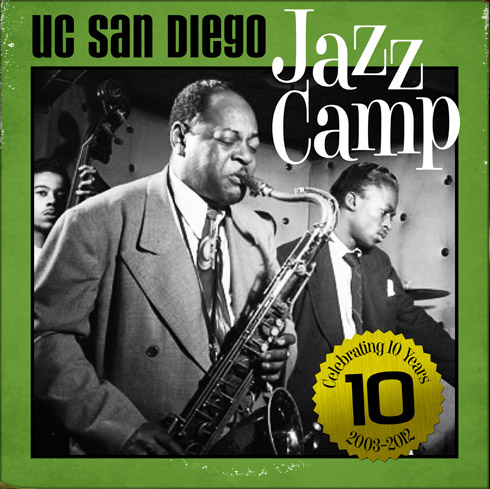