DIANA DEATH / Rock N Roll Preservation Society: The New Kinetics In Stereo "I'm stoked they put out their second album on vinyl, and the last track on side one, "Reverie," is a haunting doo-wop number you just gotta hear."

MICHAEL KINSMAN / San Diego Blues Festival: Red Lotus Revue Fourteen Stories "This languid blues album comes from another place and time. It's as if the hippest musicians in town have cozied into their clubhouse and simply let their music flow for their benefit and no one else's."

LARRY DENT / Percussionist: Styletones The Styletones "Jake Najor is one of my favorite drummers who, like his brother Zak is pushing the funk envelope into 2013 in a new and youthful way."

CATFISH COMSTOCK / Dive Bomber: Sunny Rude Rudimentary "Like Zakk Wylde says, you can't be pissed off all the time, and this CD will put you in a chill frame of mind."

NENA ANDERSON / Nena Anderson: Golden Beaches Golden Beaches "This record sounds like summer in Southern California. Its lo-fi garage sound is the perfect beach b-b-q soundtrack, while the catchy songs make me want to sing along while I shimmy in a bikini 'Beach Blanket Bingo' style."

CLAY HACKETT / Suicide Chords: The Palace Ballroom This is the Plan "A band headed by Timothy Joseph, they have a rock sound that borders on eclectic, as they use unconventional instrumentation. I love the catchy hooks and easy digestion of the music ... the production of their album is very well done."

The Burning of Rome With Us: crafty death-pop from an OB band that is slowly drifting north to the land of music milk and honey: Los Angeles. This is the same music that was played day after day into a vat of beer during the brewing process. Am told the brew was memorable. Never got any.

Josh Damigo Hope: Who is this guy, and what exactly is his gig? Country? Rock? Roots? I dunno … but every song on this disc is a keeper.

Pierce the Veil Collide with the Sky: San Diego's Mexi-core rockers. Their best and most adventurous collection yet. Oddly snubbed by SDMA in favor of other locals that likewise went national but unlike Pierce the Veil, long ago ditched San Diego.

Skid Roper Rock and Roll Part 3: I don't know if I got this record in 2012, or if it was released in 2012, or both. But Skid, well, Skid just gets better and better at doing the eclectic-with-a-groove-and-bump thing.

Picus Maximus Lullabies for the Cursed: this may be as close to a Montezuma's Revenge reunion as you're gonna get: Jim Soldi and Rick Sparhawk team up on this brilliant parody of B-monster movie tuneage.

Rebecca Jade The Jade Element: the songs are little R&B gems looking for a big label home. This CD came out last year; forgive me, but I just recently got a copy and I wanted you to know about it. Jade also sings occasionally in our 3 Minutes to Stardom FOX/5 house band. Her Michael Jackson covers? Spot on.

Big Bad Buffalo Big Bad Buffalo: Jordan Krimston is still in high school, and he's already making music this good. You know who gave me a copy? Mike Benge, teacher of band class at Jordan's school and bone player in the B-Side Players. He's a fan.

Taryn Donath Gardenia: a seasoned and engaging performer, Donath has laid out the songs on this disc in the manner that it should be done. She builds moments that result in pure listening entertainment. Taryn Donath is school for other musicians.

Wayne Riker Guitar Decathlon: A local guitar wonder-boy picks and chooses from among the local guitar-player upper crust, takes them all to a local studio, and proceeds to put each through some grueling guitar paces. All genres. Can I get an amen for a true music mo-fo? 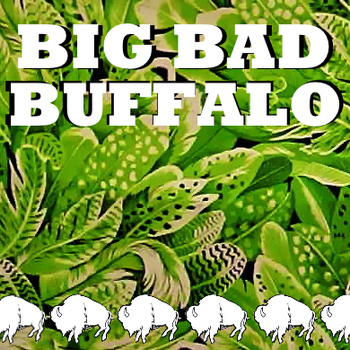 High schoolers with a rock and roll future

Sven-Erik Seaholm, of Seaholm Mackintosh writes: Sara Watkins Sun Midnight Sun "I love that this record is so eclectic. She goes to so many places stylistically and they all work beautifully, because of her unique artistic voice and deep musicality. Bravely gorgeous."

Jim McInnes, of Jack FM and Jazz 88 seconds the Wayne Riker motion: "A clever idea to bring together 10 disparate guitarists (with Wayne as the common denominator) during an Olympics year. It's all good stuff."

Tim Pyles of 94.9 likes the Burning of Rome's With Us: "I love this band! A mashup of Oingo Boingo and Faith No More, plus a "live" show that can't be beat! A psychedelic pop road trip to Disneyland."