Who is this band, and what were they thinking? No matter - fans are talking. Bright tones, driving rhythms, mildly dark and pensive at times. They say: post- punk, minimalism, jazz, new music, 50′s schmaltz and field recordings. I say: jazz disguised as a rock band.

Spanks the hard rock place like few others. Brian Warren is the only founding member remaining in the band, but so what? There is no shortage of locals willing to participate in the revolving crew that Weatherbox has become.

Jump, funk, blues, and stride piano. Yep - stride. A blaze of lost and vintage skills, Donath frequently shows up with a drummer. Talk to her right hand: it knows endless chords. Her left hand is another subject entirely.

Post-Beatles, psychedelia, lo-fi rock and roll, and unexpected artistry. Consider the ongoing love from the San Diego Music Awards: 2006, 2009, 2010, and 2011 when they won both Best Rock and Song of the Year. 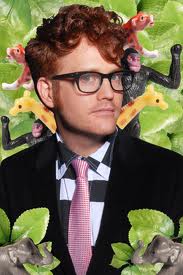