"Mythology seems related to the kinds of storytelling that we, as jazz musicians, like to do," says former San Diegan Jason Robinson, whose new full-length Tiresian Symmetry concerns Tiresias, a blind seer said to have lived seven different lifetimes. "I'm really interested in my music in creating new kinds of mythologies, new ways of hearing music."

The saxophonist/composer explains "By calling the project Tiresian Symmetry, I'm interested in drawing upon this myth of Tiresias to help listeners and the performers think about how the music might have these sort of multiple narrative layers occurring all at the same time. The name is a reference to an ancient Roman and Greek myth about Tiresias, this blind seer that lived seven different lifetimes, and also had a kind of duality in their existence. This duality comes out in male and female, in yin and yang, and seeming opposites in a certain sense."

A ubiquitous and often pivotal figure in the stories and myths of ancient Greece, the blind prophet Tiresias was blessed and cursed by the gods, experiencing life as both a man and a woman while living for hundreds of years.

"I was attracted to the myth of the soothsayer, who tells the future even when it's not welcome information," Robinson says. "But on a more technical level I was intrigued by the numerical relationships. Tiresias lived seven generations and spent time as both male and female, which gives you 7/2. The pieces I wrote for the album embody those numerical relationships in a variety of forms. Of course, in the end there's the litmus test. The music has to sound good and feel good." 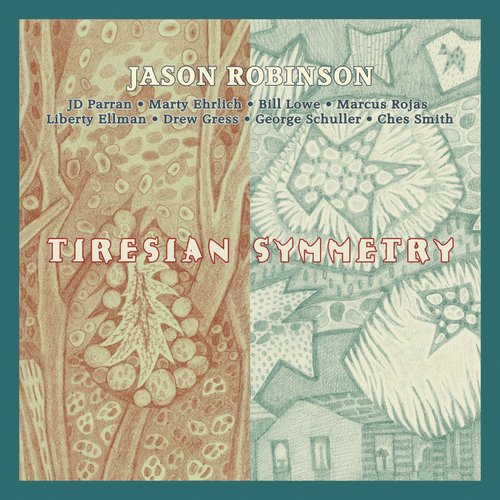 His farewell-to-San-Diego concert happened June 2, 2011, at Dizzy’s, after which he and his wife moved to New England.