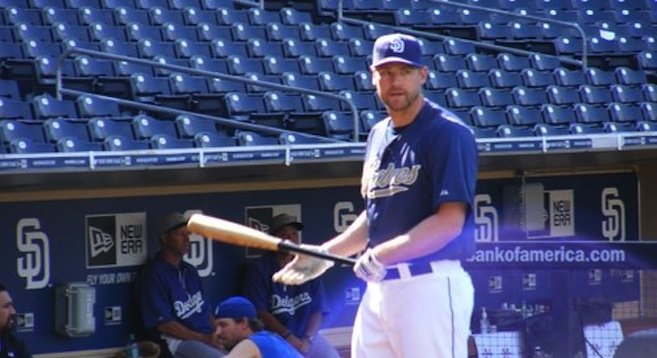 After taking limited batting practice on Wednesday, the date of Chase Headley's return may be known soon

Since breaking his thumb in spring training, many Padres fans have been eagerly awaiting the return of third baseman Chase Headley. No date was hard set, only a range of perhaps 4-6 weeks were given to have him back into the starting lineup.

That hard set date may now be close at hand. Headley took pitches from the left and right side during batting practice on Wednesday, and the swing looked impressive.

“Chase is very encouraged, and medically, we’re encouraged as well. Chase’s swings were good, from both sides of the plate. [Pitching coach] Phil [Plantier] thought he swung the bat well, Chase thought he swung the bat well for the first time in three weeks, so he’s encouraged. He’ll take some ground balls and see how it feels with the glove on with a little bit of a splint over the tip of that thumb, but things are looking up,” manager Buddy Black said after watching Headley bat before the game. 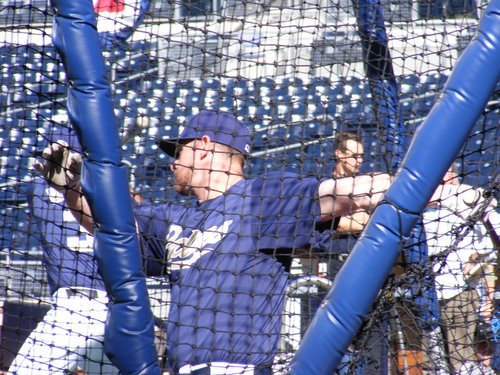 Black believes that in the next three or four days they will map out a plan as to when Headley will begin a rehab assignment in the minors. At that point, a hard date will be more easily determined. 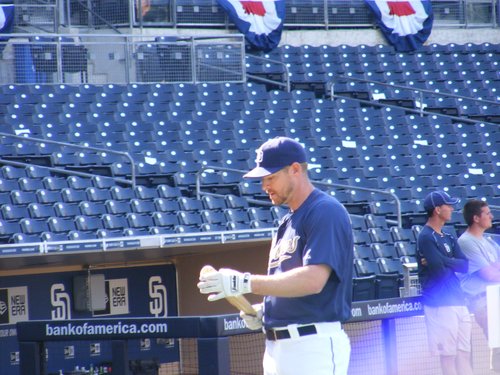