New cafe on Fern Street presses up some wicked panini.

The cafe at 1947 Fern Street (across the street from South Park Abbey) got a slick, Italian makeover six weeks back and reopened as Piacere Mio, Italian for “my pleasure.” 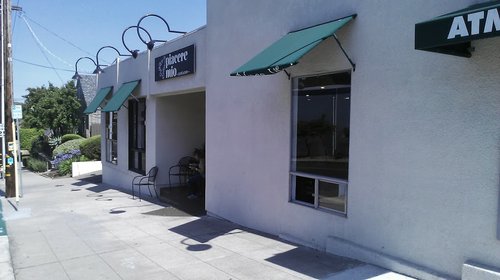 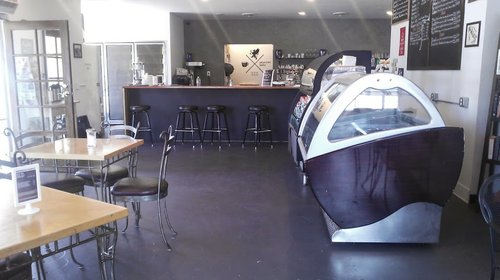 Formerly, the space housed a different coffee shop, one that leaned towards the granola-crunching hippie side of things. The new spot is all about Italia. Italian language pop music blasts from the radio as the heavily accented couple behind the counter pull shots of espresso and press panini sandwiches ($7-$9).

The menu makes excellent use of various cured hams, and the bulk of the ‘wiches use some kind of spread to enliven things. The “Da Vinci,” for one, used a mushroom spread to add a heady sweetness to the smoky slices of speck and the bitter crisp of fresh arugula. The “Giotto” improved upon the ubiquitous (and often dull) “caprese” sandwich through the application of a briny olive tapenade. But the best part of the panini was the gentle use of the grill to toast the bread without baking it to a shingle. So often, pressed sandwiches are smashed and obliterated by overzealous hands, or marred by inferior bread that doesn’t retain softness after griddling. Piacere Mio’s sandwich was delicate and flavorful, lightly oiled and sprinkled with dried herbs.

The coffee was also on point, with a latte served in a tall glass so that no cardboard taste marred the drink’s milky sweetness. In a display case, a small assortment of sweets lurked, ready to inflict mayhem on their victim’s blood sugar. Everything looked like a total sugar-bomb.

Piacere Mio’s main weakness was a lack of coziness. Nothing short of a complicated mural is going to change the building’s ugly facade, and the cavernous interior suffered from a sense of empty sterility. Friendly service and lots of sun helped the atmosphere, but there was no avoiding the fact that PM wanted for a few cozy nooks for the hunkering down and private, thoughtful things accomplished. Because of that, it may play better with the lunchtime crowd (who will not be disappointed by the excellent sandwiches!) than the the cafe regulars: the artsy types like us writers who sometimes need a temporary office.