Can the new Mercado's restaurant compete with Cuatro Milpas?

They say it has been 21 years coming.

But the Mercado apartments are open, its supermarket is open, and now its first restaurant is open. Cocina Doña Tina sits on the corner where the food section of the Northgate Gonzalez supermarket (an LA-based chain. This is its 31st store) at 1950 Main Street, but you can access it off César Chavez too. 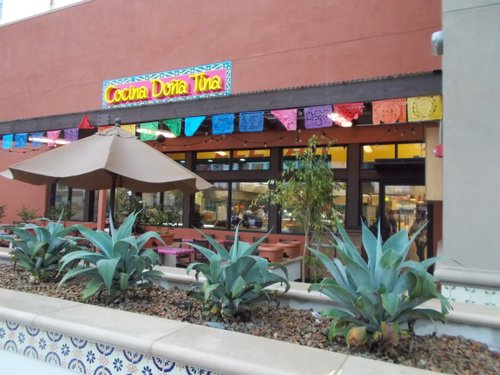 It has a pretty good looking patio in a plaza with fountains and trees, right under the bridge. Inside, it’s kinda like an eatery you’d find in, say, K-Mart... 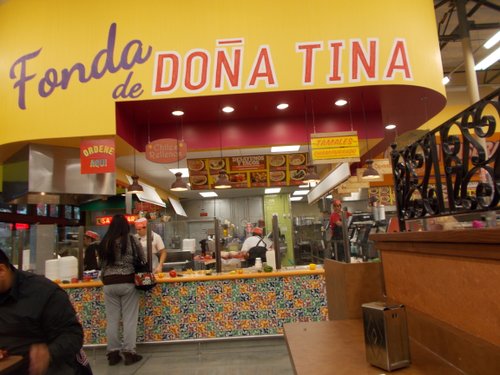 ...until you get close up and personal with the food. Man! It goes on forever, steaming chafing dishes with everything from ceviche to chicharron to pork stews. Just how rich the Mexican food tradition is kinda hits you in the eye.... 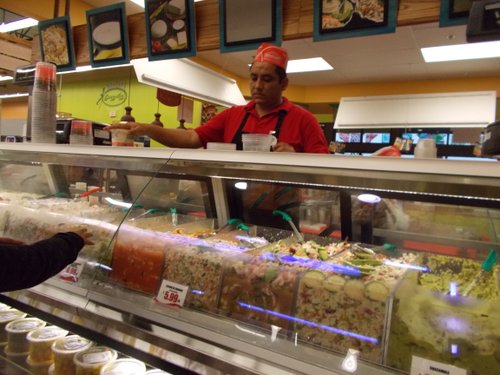 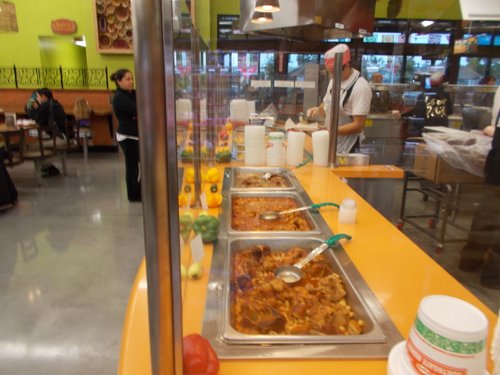 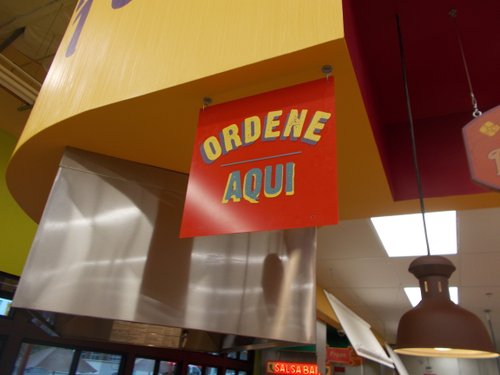 No question: this is by the Barrio for the Barrio. 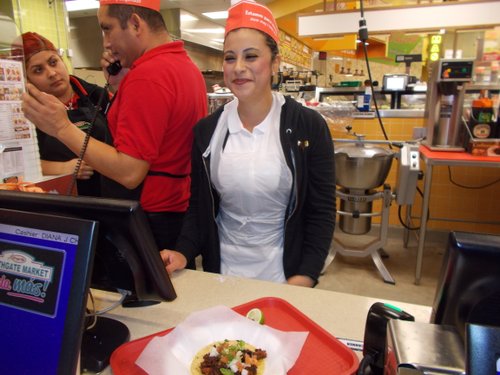 ...helps me out in English when I stutter a little. I ask for an al pastor taco (pork) on corn tortilla. Costs $1.99, $2.15 with tax. Take it to a huge condiment display and lad up with chopped onions, cilantro, couple of salsas, and take it out to eat.

Hey, this terrazza is cool. You’d never know it had been an open field beside Chuey’s, the bar-eatery that was a landmark in this area for decades.

And the al pastor taco? Hot, deeply rich in flavor. I have it down in five minutes. Not quicker, because the flavors are so strong, you can’t hurry it. Man this is good. May be competition for La sCuatro Milpas, a block away.

And with the whole, like, encyclopedia of Mexican food waiting to be tasted in there, I’m coming back.

Sort of school myself in How to (Really) Eat Mexican.

Wow, can't wait to go there. Wish you'd named all of those dishes in the pics...can you go back and do a survey? Is there a menu board or ??? It looks like there are little white slips of paper in front of each dish. Are those names/descriptions? Are the prices posted?

As for competition for Las Cuatro Milpas, anything can compete with that major disappointment. I grew up eating the pot of beans my mom cooked every Saturday morning, and trust me LCM's beans are nothing special. There is no cumin, no coriander, no garlic, no onion, no seasoning at all that I could detect. Just beans. The LCM tamale: I make much better, seasoned tasty ones at home. aPlus, the LCM tacos come with grease, grease, grease. On top of the sickly looking rooms and uncomfortable chairs, why bother? But I'm heading for Cocina Doña Tina pronto!

Hi Honest: I'm definitely going to have to go back. The labels were there, but now I'm not sure how much description was on them. But different ceviches, guisados...I know Barrio Loganites have been fighting for 20-30 years to get the right sort of place for the community. Looks like they've finally got it. But really, as you say, this place needs serious eating time spent there to get a good handle on it. Our work is cut out. See you there!

Oh, and Las Cuatro Milpas? You're ahead of me on the beans, tamales, tacos. My mom, bless her, was good with toast. Beyond that uh... And you're right about the grease factor. But, must say, I like the sisters, and the history, and the unchanged scene inside. They may be sitting on their laurels, but it's like entering a time machine. Kinda comforting.

Thanks for the response, Ed. I've been feeling guilty about dissing LCM, because I, too, like their story and their effort. Oh well. I'll be looking for you at CDT, for sure. I've experimented at home with guisados recently, so I'll be on the prowl at CDT to see what they do. Always a lot to learn in cooking and eating! Love the Gonzalez supermarket selection of vegetables, cheeses, and other Latino products. A grand adventure. There are some great websites about Mexican/Latino cooking and products, which I consulted after my last visit to the supermarket. After you try all the restaurants in town, then you should start experimenting with cooking, Ed. It's fun.

Uh, the lovely Carla said something about "wanting to live," but I guess I could always make myself the guinea pig...