Little Italy: The gastropub pioneers are back! (Think Ironside...)

The guys who gave you Craft & Commerce, Neighborhood, El Dorado, Underbelly, are landing again in LI

Are these guys on a roll or what?

Arsalun Tafazoli and Nate Stanton started off - only five years ago! - with Neighborhood, the gastropub in East Village that really pushed local beers and seems to have made gastropubs cool, all over town.

Now, as Brandon Hernández has reported, they're expanding at light speed with Craft and Commerce, El Dorado, Noble Experiment, Underbelly, and a new joint called Polite Provisions near 30th and Adams.

So I’m wandering up India in Little Italy and come by the old single-story building at 1654 India Street, where Ironside, the wrought-iron gate-makers, have been clanging and sparking away like ye olde village blacksmiths for decades.

Now: Gone. And the whole front of the façade has been ripped off to reveal a previous life as an auction warehouse… 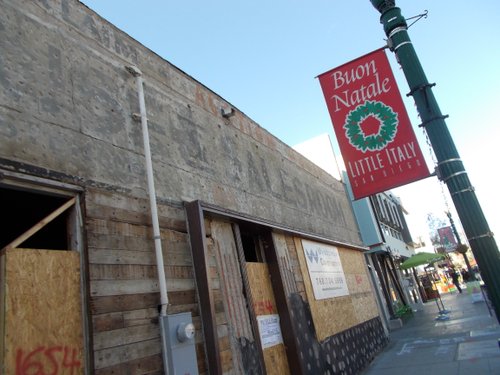 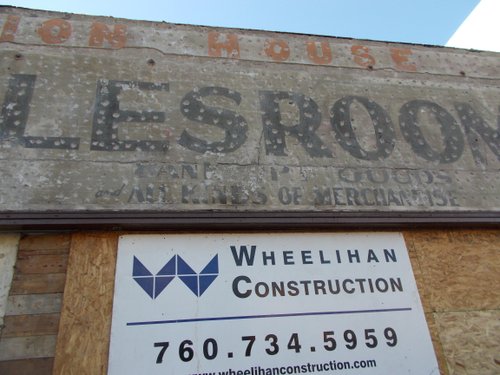 But not done yet.

Right on the chipboard hording where the main entrance used to be is an application: “Ironside Inc.” wants a Type 47 liquor license from ABC for an “on sale general eating place,” operating under the business name of “Morning Glory.” 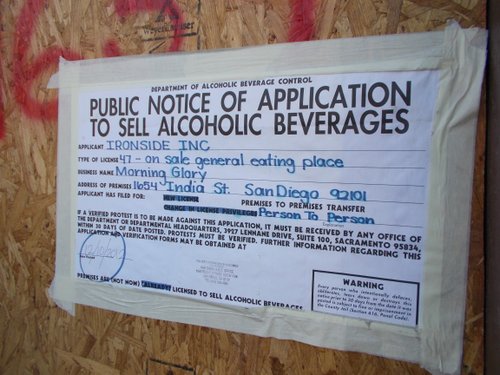 Little Italy Association tells me it’s going to be a fish joint, and is the business venture of… Consortium Holdings. Meaning Arsalun Tafazoli and Nate Stanton.

I’m glad. Why? These guys have the vibe that respects old places and uses them to create an atmosphere. LIA don’t expect the place to be opening anytime sooner than six to eight months.

And the business name “Morning Glory?”

Doesn’t necessarily mean that’s what the restaurant will be called. And Trevor Boyle, manager at Tafazoli’s original venture, Neighborhood, says they’re not making any official announcement anyway for a month.

One thing you can be sure of: plenty of good local beers. Could give The Princess pub across the road a run for its money. 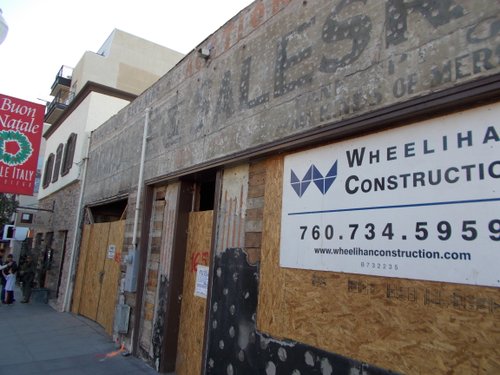 I am one of the original partners in Neighborhood and Nate Stanton had nothing to do with it. As a matter of fact Arsalun did not want me to call the restaurant a gastropub. He also wanted Bud light on tapped and begged me to put it on tap. I was the one who initiated the orignal 27 taps and set up the tap system.Arsalun has done a great job with these restaurants and I congratulate him with his success. But let's set the record straight.