Rick: Feast or Famine at First and A

Rick Severns brought something home to me.

Not food or money, but the facts of San Diego life.

I came across Rick as he was dumpster diving near the financial district. Looking for food, anything, but finding mainly bottles and cans. I ask him how much he can make collecting. 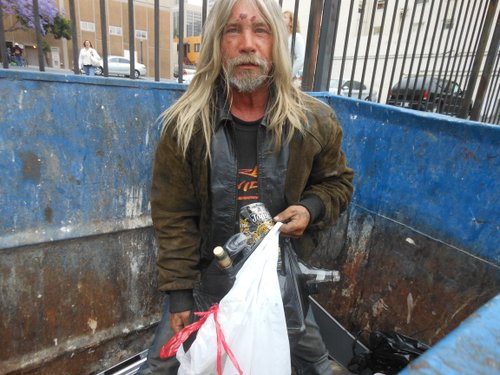 He came to San Diego when he was five. I don’t even ask what went wrong. Why should he tell me anyway?

Turns out he’s one of nearly 10,000 people in the county who don’t have a home, one in six of them military vets. One in four are like I suspect Rick is: chronically homeless.

Easy to ask from the sidelines, but can’t we do better than this?