Monkey Paw Pub: Yes You Can Can

What’s more fun than a barrel of monkeys? Perhaps a can of Monkey Paw beer. Hard to know at this point, since that beer is currently only available at the East Village’s Monkey Paw Pub and Brewery and a small pawful of draft accounts around town. But soon, that brewpub should have three of its beers sealed in aluminum and ready for consumption beyond the bar. 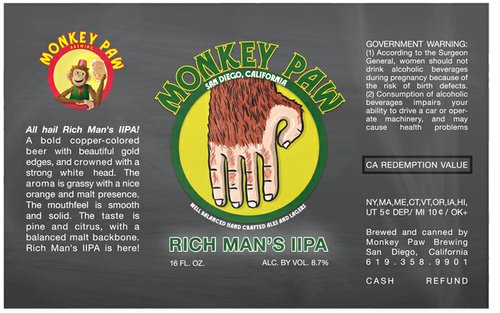 The can artwork for Monkey Paw Rich Man's IIPA

Folks who’ve been to Monkey Paw know it’s a relatively small space. Those who’ve seen the brewhouse next door know it’s even smaller and doesn’t have a built-in canning line. So, how will the beer produced there get packaged? Monkey Paw owner Scot Blair will be employing the services of The Can Van, a Bay Area-based company that brings the canning to breweries. 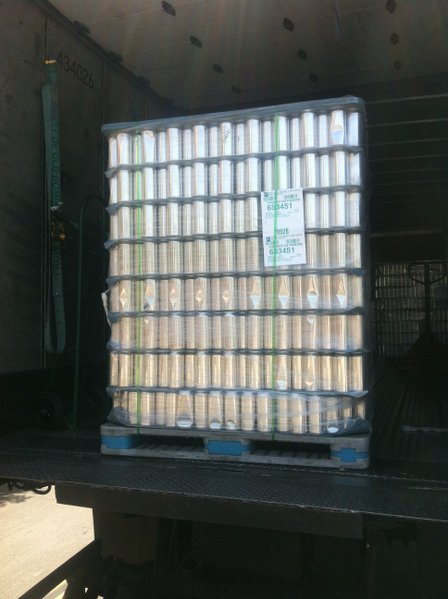 The Can Van will funnel 10 barrels each of Rich Man’s IIPA (imperial India pale ale), Sweet Georgia Brown, and Oatmeal Pale Ale into 16-ounce cans. For those crinkling their already upraised noses at the thought of canned beer while entertaining the horrific vision that is a 24-pack of Natural Ice, know this. The blame for that beer tasting so God awful has far more to do with the brewing recipes and methods behind them than the aluminum around them. Bad beer tastes bad no matter what you serve it out of. 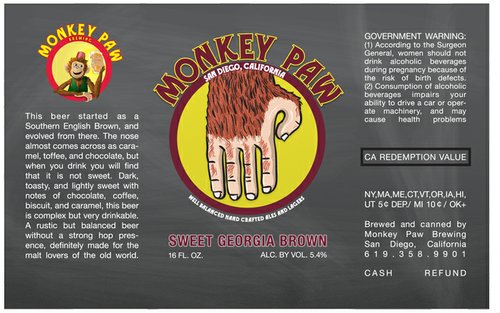 The can artwork for Monkey Paw Sweet Georgia Brown

Cans are actually considered by many as being superior to bottles in several ways. Not only are they absolutely airtight, but they don’t allow in light like glass bottles do. Because of this, the number of craft breweries opting for cans over bottles is increasing at a steady pace. Be the judge when Monkey Paw’s canned beers hit the scene. Blair’s estimate for that is sometime in May. For now, they’re available on draft at 805 16th Street.