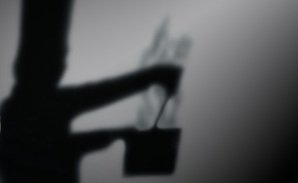 Naomi Wise, the Reader’s food critic and my colleague, passed away yesterday from complications after surgery. She had been in the hospital for a week. Those are all the details I have.

We had a lot in common, even though I wouldn’t know where to begin in her knowledge of food. And, actually, knowledge of the world. Ask her anything about the Caribbean, she’d been there. I mean really lived and eaten there. Ask about New Orleans, she’d lived there. San Francisco, Delhi, Paris, Chiang Mai, Beijing, Four Corners, Mexico City…

And she wrote books. She could write about anything, and in desperate days — I know what she’s talking about — did. She cowrote On the Edge, the Life and Times of Francis Ford Coppola, Cooking with Queen Ida, about low-fat versions of Creole cooking, Meat and Game Cooking… Totally Hot, about every “hot” dish you can think of around the world, from Africa to Mexico. And on and on. I felt like a gnat by her side, to be honest.

Some said she came steaming in from San Francisco talking down li’l old San Diego when she arrived in 2000. And she sure did bring her tasting standards with her.

This was an unreformed hippie with Alice Waters standards, who never took to corporate bullshit, especially when it came to pretentious food that looked good and tasted lousy. Smoke and mirrors made her mad. Result, she made a lot of us sit up and pay attention. This babe knew what was real, what was healthy, and what was BS.

Strangely enough, even though what we wrote appeared together in the food section, she wrote to, from, and at a way different level. Also, we hardly ever had time to get together.

But when we did, the thing I remember is how totally anonymous she could be, scurrying tidbits down into bags and into her main carrier without anybody noticing, so she could analyze them later. She was scarily fierce about not being a star, not being recognized. It was an ego thing. It was about getting the same eats as everybody else. Once they know you, the jig is up. You’ll never know if you’re getting special treatment.

And sensuality? She invented it. Her writing about food when she loved it read like descriptions of nights out with your fantasy lover. You wanted it to go on forever.

I guess I wanted her to go on forever, too. All storms headed her way and I think she relished it. But she sure taught me about holding the line and making the eating business a proud affair with standards worth fighting for.

Me, I wouldn’t know where to begin in her world. It was work. Hard work. Tense work. Still, the one thing I saw in her that I loved was that, for all the pressures, she actually did relish it. It was about enjoying one of life’s great pleasures. She practically swooned when something was really good. She wasn’t polite, so you knew if she said, “Oh, my God!” she truly was entering the seventh level of Nirvana.

I hope she’s doing that now. Getting, as they say, her just desserts.

I recall all of our emails and conversations. I will truly miss her.

I am sorry to hear of her passing. Naomi was a certified foodie. I hope now she is enjoying delicious heavenly stews and divine desserts up among the Pearly Gates! My condolences to her family.

Well said, Ed. She was also a gracious teacher. God rest her soul.

Such a gracious teacher my thoughts exactly sir...I owe so much to her wow it is amazing. She really knew who to inform me on my level of comprehension. God Rest Her Soul Indeed my Fellow Devotee's... Can we do something special to maintain her legacy? Please let me know i am interested in learning more & moving forward.

Touching tribute. Thanks, Ed. I am in shock! I always so looked forward to her columns and to the few emails back and forth between us. She even once invited me to join her posse for an evening! What an honor! (I was unable to participate, however.) I hope that if there is a local public memorial celebration of her life, the word will go out. (And thanks to The Reader for hiring her in the first place!)

Wow, I'm stunned! I didn't always agree with her, but I admired her. She was very brave and went far out of her way to inject the intention of the dish into her review of it. She will be missed.

Such a wonderful piece and tribute to an incredible woman.

Naomi, you will be missed.