Mexico City - Deputy Fernando Charleston Hernandez, President of the Commission for Social Development said there are more than 52 million poor in Mexico of which 13 million are in extreme poverty and 7.4 million suffer from food shortages. In response, the responsible Committee will meet with the head of the Secretariat of Social Development, Rosario Robles Berlanga to carry out a national crusade against hunger to meet "one hundred percent" of the need. http://www.wfp.org/hunger/stats

In an interview with the Executive Secretary of the National Council of Policy Evaluation of Social Development (CONEVAL), Gonzalo Hernández Licona, he also promoted to efforts gather information that will allow making estimates based on the crusade. "With these meetings we will make proposals and provide opinions that will enrich the program, because if someone is in direct contact with society we are. We'll get our proposals to the Executive level so they can be taken into account", he said.

Charleston Hernández expressed the importance of maintaining a relationship with the Executive level, as the need for food is an issue which concerns everyone. "The national crusade against hunger is not the effort of a single of attorney’s power or a single level of Government; it includes society, the private sector and of course the legislators", he said. Therefore, he said that there will be outstanding rules of operation and the indicators of the program will give an informed opinion that gives strength to the project.

He said that the situation of poverty in Mexico "is very difficult; it is a reality that hurts all Mexicans, regardless of ideologies and parties, because 52 million people in poverty represent almost 48% of the total population of the country." He stressed the need to put an end to social program assistance, so that at the next session the Commission can provide them with elements of training and productivity, because "only then can the beneficiaries increase their productivity and at some point, cease to be poor". He considered a direct association between economic policy and social policy as necessary, because they must be aimed at the same point to avoid "continued budget increases as unfortunately, poverty continues to rise". http://www.oem.com.mx/elsoldetijuana/notas/n2863941.htm

Tijuana, BC - With United Nations backing, Baja California will create a childhood crime prevention protocol, with an international perspective on drugs and crime. "It's an agreement that seeks to shape a prevention model to be followed in other States of the Republic," said Procurator of Justice, Rommel Moreno Manjarrez.

It is to create conditions so that young people do not go into crime, and on the other hand, can find, no matter where they come from, growth opportunities in a society of opportunities, in an open, democratic society, and not fall into a vicious cycle that generates crime, violence, drug addiction and substance abuse, explained Antonio Maccitelli, a representative of the United Nations Office on Drugs and Crime. http://www.unodc.org/

It is a project that takes shape today with the support and recognition of the United Nations, in which we have worked with and studied more than 14,000 children in coordination with the education system, said Rommel Moreno. "There has been three years of work in the analysis of 14,000 adolescents. Of these, 400 of them are susceptible to further study, analysis and special treatment because they were not within the 12 to 17 year old adolescent justice system".

Then he said: "What we have been doing is orientation, specialized care, workshops, awareness-raising for parents and teachers, for the State to arrive at immediate responses and avoid common criminal behavior, eventually ending in organized crime".

After signing the Protocol, the United Nations representative pointed out that "the role of the UN is assisting in this process; to build on work that has already been done and generate models that can be used by other federal entities".

Antonio Maccitelli said that the State has not been in a reactive phase against crime, an important element and exactly the protocol that we are signing today - to seal a commitment in the direction of prevention. "It is much better to prevent crime beginning in childhood".

The United Nations representative said "the Government of Pena Nieto is moving the focus of the fight against organized crime to the prevention of crime, and the truth is that initiatives like this have been developed and can provide results to serve as the basis for the construction of a preventive model that can provide results in the fight and prevention of crime in all of Mexico and the strengthening of a democratic society". http://www.oem.com.mx/elsoldetijuana/notas/n2863046.htm

Miguel Marshall, director of Ángel Ventures, indicated that the idea is to promote ideas and projects by attracting investment through identifying profitable, viable and innovative projects to generate profitability between investors and entrepreneurs. http://www.angelventuresmexico.com/

The Ángel Ventures model currently operates in important areas in the Mexican territory such as Mexico City, Hermosillo, San Luis Potosí, Puebla, and now Tijuana. "This company operates under a focused business model to provide financing of up to $250,000 to entrepreneurs and small to medium-sized Mexican companies through private investments," said Miguel Marshall.

In the past three years, proposals for 1950 investments, 390 plans business and 78 projects have been submitted and 9 projects have received investment financing of more than 103 million pesos ($8.5 million US), he added.

Opening its representation in Tijuana, Ángel Ventures will not only be a link between entrepreneurs and investors, it will also promote events involving the region such as lectures, panel discussions, and other business meetings. http://www.oem.com.mx/elsoldetijuana/notas/n2863043.htm

Tijuana, BC - With the aim of improving roads in different colonies of the city, the 20th City Hall - with an investment of nearly 2.5 million pesos ($195,000 US) – started rehabilitation work in eight blocks of delegation San Antonio de los Buenos. 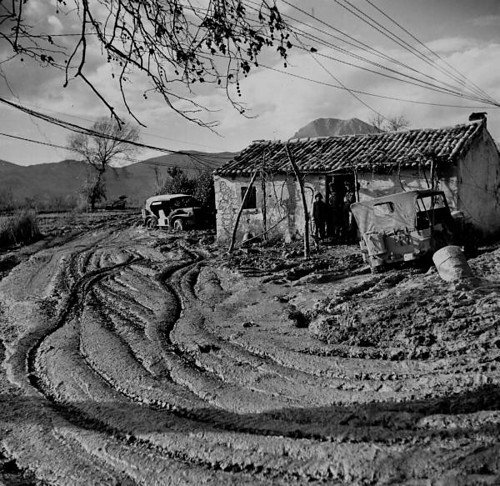 One of the commitments set out at the beginning of this administration by Municipal President Carlos Bustamante Anchondo was a restoration program of main arteries, as well as paving secondary avenues to benefit infrastructure in Tijuana.

The delegate from San Antonio de los Buenos, Oscar Lino Sanabia Peinado, reported these actions will benefit five colonies in the demarcation for more than 2,200 inhabitants.

In Colonia Llamas Amaya, work began on restoring Calles Benito Juárez and Juan Escutia. The latter will directly benefit teachers and students of Jardín de Niños Gabriela Mistral to facilitate their access to the school site. In the same way, rehabilitation work was done on Calles México and Ángeles in Colonia Montes Olímpicos, and likewise on Circuitos 1 and 2 in Colonia Vivienda Popular.

At the same time, work began on Calle Mexiquito in Colonia Manuel Paredes and on Calle Primera in Colonia Obrera III Sección where a new road will benefit transit to a school site, Escuela Primaria José Vasconcelos.

With this work, the municipal government made a total investment of 2,436,245 pesos ($195,000 US) in resources for hydraulic based pavement concrete - to give attention to the basic roadway needs of the citizens. http://www.oem.com.mx/elsoldetijuana/notas/n2863050.htm