My inclination to seek out places with a haunted past has taken me around to say the least. Be it a specter infested graveyard, a forest which was used by pagan covens, a former cemetery turned city park, I’ve actually crossed the Atlantic Ocean four times and gone coast to coast in the good old USA all in the name of morbid curiosity. So, needless to say, whenever I hear of some place that fits the mold that is somewhat close to home, one can imagine the next steps I usually take. It is especially apparent when such a place is in my hometown of San Diego. Recently I had the pleasure of visiting the distinguished, and supposedly haunted, Horton Grand Hotel. Believe it or not, I was unaware of most of the history surrounding it. Staring out as two separate buildings on two separate plots of land, it was actually a brothel at one time (or a house of ill-refute, as the locals of the old west would say). The madam of the brothel, Ida Bailey, reportedly haunts the hotel still today. The most haunted room in the hotel is supposedly is room 309, where guests have reported being awaken in the middle of the night and having objects change locations while they slept. Being fortunate enough to reserve a room on the fourth floor, I and my muse, the lovely Ms. Anthropy, marveled at the hotels rustic aura and antique furniture before going outside to the front where we and two other couples were taken up and down the street on a ghost tour. Our tour guide, calling himself ‘Mike’ and dressed in a black cowboy hat, had a wealth of information not only regarding the Horton Grand but of downtown as well. From him I learned that the restaurant Nikki Rotten was actually the site of the first mortuary in San Diego and that another restaurant ‘Jimmy Loves’, was the cities first jail. Some of the tid-bits he told us were right up my alley because they involved info regarding cemeteries. For example, in the old west days, people sometimes, as a result of sickness, would find themselves accidentally being buried alive. To prevent such a calamity, bells would be placed on graves and the term ‘Dead Ringers’ was spawned. The tour ended at the building formerly known as ‘George’s on 5th’, where ten people were reportedly murdered over the years. After the tour, we headed to Nikki Rotten to enjoy the best tasting pizza I have had in a long while. Heading back to the hotel, our night was just beginning. During the witching hour, we explored each floor with an electro magnetic field, or EMF, sensor. To both of our surprise, it wasn’t room 309 that drew the most energy but an electrical room on the second floor and that was especially strange since the other electrical rooms drew no energy at all. Retiring for the night, I was drifting off to dreamland when I was suddenly awakened by a light knocking on our rooms’ door. When Ms. Anthropy got up and checked to see who it was, no one was there. Immediately, I thought of Ida Bailey, the brothel madam, who has been known to knock on random doors throughout the hotel and only appears if the person answering the door is male. If only such pleasantries would occur in every hotel I stay in. 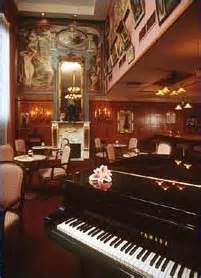 Night view of the Horton Grand 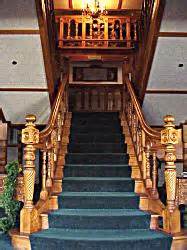