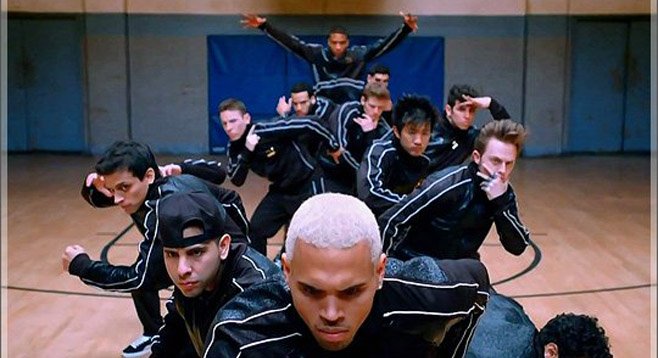 Review: Battle of the Year in 3D

There's still a chance to skip it in theatres!

People always ask what television shows I watch after clocking a hard day at the multiplex. Like I don’t get enough visually under-stimulating crap on the big screen, I need to beam more garbage (with a laff-track) into my living room. Four shows come to mind: TMZ, WGN News at 9, Celebrity Apprentice (when in season), and Car 54, Where Are You? reruns on Me TV.

Those familiar with my passion for Hollywood musicals automatically assume that Dancing With the Stars would get a series pass on my TiVo. I’d rather revisit Funny Lady. It’s precisely my infatuation with musicals by visionaries like Ernst Lubitsch, Vincente Minnelli, and Stanley Donen that keep me channel surfing the moment DWTS or So You Think You Can Dance appear on screen.

Short of American Bandstand, the only television dance party that ever demanded my attention was Dance Fever. Only a fool would pass up the chance to see Dr. Joyce Brothers and Jerry Mathers cut a disco rug with host and Merv's former boytoy, Denny Terrio..

When I need a musical fix in the worst way, that’s exactly what I get with the Step-Up franchise. With no prospect of a fifth installment on the horizon, did anyone really think that I was going to let Battle of the Year in 3D go unseen?

At best a step down from Step Up, Battle of the Year plays on as a military recruitment film -- the all-male cast and sole chick, choreographer Caity Lotz (Lindsay Lohan was unavailable) rehearse in an abandoned barracks under the bleary eyes of drill sergeant Holloway. SPOILER ALERT Caity and Josh, sittin’ in a tree, now he’s a re-formed alkie!

I’d flip them down the second the image turned fuzzy, but for the most part, the 3D glasses spent a disproportionate amount of time perched on my forehead.

Peck was outstanding in the lovely stoner comedy, The Wackness. With subsequent voiceover work on the liquefied Ice Age franchise, the lead in the near-unreleased Red Dawn, and now this, he’s quickly being sucking over to the dark side.

The lad is given at least one original line to deliver: “I might be Jewish, but my religion is hip-hop.” Wrong church, right P.U. Time to find better representation.

Click for showtimes. Hey, I suffered. Why shouldn't you?

Fred Astaire and Gene Kelly must roll over in their graves, as so-called stars do their so-called dancing on TV.

My dear DW: do not forget Ginger Rogers.

It still doesn't rival this shameless shard of exploitation all in the name of technological advancement.

Got No Gravity - Blockbuster or Blockbummer?