­Andy Warhol filmed San Diego Surf on the shores of La Jolla in May 1968, though it was only partially edited and never released. 44 years later, in October 2012, the Andy Warhol Museum presented the first public screening of the film at the Museum of Modern Art in New York, where it was shown again last week and over the weekend. It has yet to screen at any other venue.

The Museum of Contemporary Art San Diego in La Jolla will host the west coast premier of San Diego Surf on Saturday, March 16 at 5:30pm. 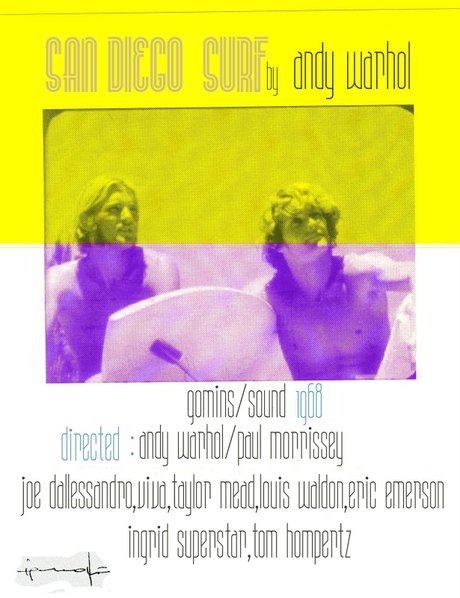 Warhol produced more than 4,000 reels of film between 1963 and 1971, when the works were withdrawn from circulation. In the early 1980s, a project began to preserve and re-release the films, with support from the Andy Warhol Foundation for Visual Arts, Inc. The Warhol Museum in Pittsburgh received the copyright to this material as a gift from the Foundation in 1997.

San Diego Surf was shot in color on 16mm with two cameras manned by Warhol and collaborator Paul Morrissey, who later helmed the most widely distributed (tho least Warhol-involved) of the films attached to the artist's name, such as Andy Warhol's Dracula and Andy Warhol's Frankenstein.

After filming, the work was only partially edited and never released. In 1995-96, The Andy Warhol Foundation commissioned Morrissey, under the supervision of Foundation curator Dara Meyers-Kingsley, to complete the editing based on existing notes and the rough cut. 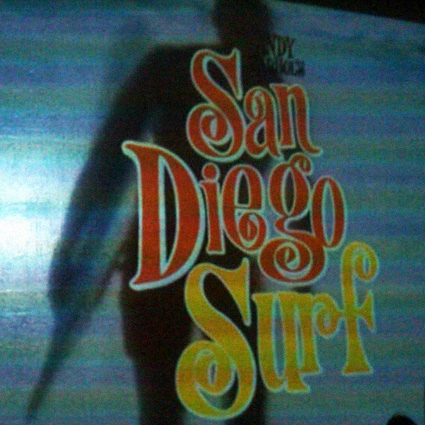 One of the last films in which Warhol had direct involvement, San Diego Surf was the first time Warhol had made a movie in California since the early Tarzan and Jane Regained, Sort Of ... in 1963. The month after the La Jolla filming was completed, Warhol was critically wounded by Valerie Solonas, who shot the artist in the stomach, virtually ending his work behind the movie camera.

Guests who attend the west coast premier at MCASD are also invited to a pre-screening "happy hour" beginning at 4:30 PM, which will include light snacks and a no-host bar, as well as the opportunity to view archival footage of Warhol and Paul Morrissey making the film. This never-before-seen footage was filmed by La Jollan Lee Pratt. 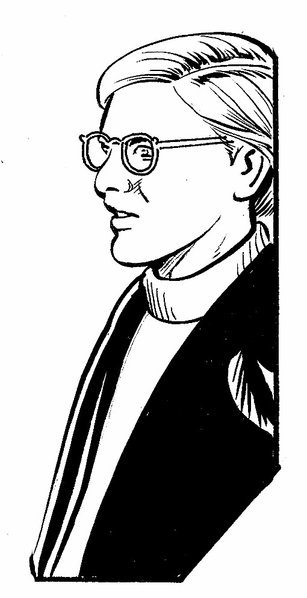