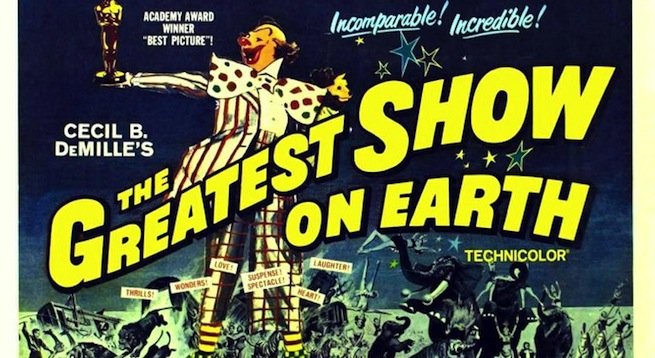 'Twas shipping fees that killed the MoPA film series. With round-trip fees running as high as $150 per title (the 182 minute version of El Cid was a budget-crippler) the cost to deliver the print was almost as much as it was to license it.

My boss encouraged me to start booking my series on DVD instead of screening 35mm or 16mm reel-to-reel prints. My argument was simple: when you hang Xerox copies of Weegee in the gallery, I'll project Sam Fuller on DVD.

"It's not the same," the director cried.

He was right. It's not the same. I eventually succumbed to projecting films on DVD and damn if every time I didn't apologize to the audience. It sickened me.

Regular readers know how much I appreciate what Reading Cinemas has done to help elevate San Diego's cinematic profile. They have exhibited an extraordinary number of films that would otherwise have skipped town. The big Gaslamp and the Grossmont numbers 1 & 10 all earned a spot on my 10 Ten Places to See a Movie. Clairemont's Town Square, the friendliest place in town to catch a movie, also made the cut.

You'll probably have noticed that will all the space this blog devotes to Reading Cinemas, we have never once written a piece about their 40-Foot Film Series. Why? Because up until now, all of the classic titles they have shown were projected on DVD. I cannot in good conscience tell people to spend even $5 to watch what basically amounts to big television.

That brings us to Jennifer Deering, manager of Reading Cinemas Town Square.

Several months ago I put her in contact with young master, Danny Baldwin. He passed on a list of titles available in the far superior Digital Cinema Projection (DCP) format.

Last night, as I do every time I visit the Town Square, I arrive early hoping to spend some quality time with Ms. Deering. While leaning up against the box office, Starbuck's cups in hand, she informed me that from now on they will do their best to shift from DVD to DCP.

For the next two months, Reading Cinemas Gaslamp and Town Square Theatres will host A Salute to the Oscars! The festival features 16 films that all took home the Academy Award for best picture.

Saturday and Tuesday nights at 7pm.

Mondays and Thursdays at 7 and a noon matinee on Thursday

Fine print: Schedule subject to change. For the purists in the crowd, it's best to call the theatres ahead of time to check on the format.