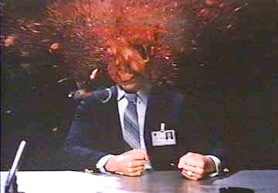 Last night's 35mm presentation of Butter was in uniform focus throughout. The pre-show aneurism had nothing to do with Jennifer Deering or her Johnny-on-the spot staff at Reading Cinemas Town Square who were there to greet us both coming and going.

It's this Limelight Screenvision on-screen "entertainment" and their little mamaluke mascot, "CMOR" that frosts my keester. 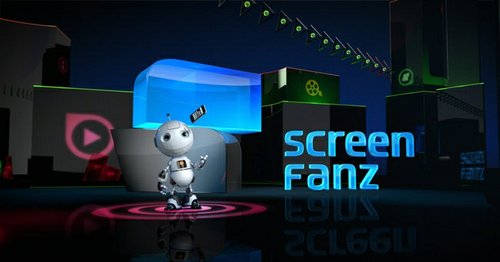 What happened to the good old days when you'd sit in silence before the show began? Commercials, trivia contests, making-of featurettes for the latest TBS blockbuster, and movie facts for dummies have long since replaced the carousel slide show. I leave my home to escape television commercials, not to see the Geico gecko writ large.

We've all been subjected to pre-show trivia questions that an amoeba can answer like "What color was The Blue Lagoon?" or "Who directed John Carpenter's The Thing? Theatre chains gotta' eat, too, so far be it from me to begrudge a little flow of revenue before the picture. Just so the money incurred isn't done so at His expense.

Here is one of last night's questions:

How many films have Martin Scorcese and Leonardo DiCaprio made together? 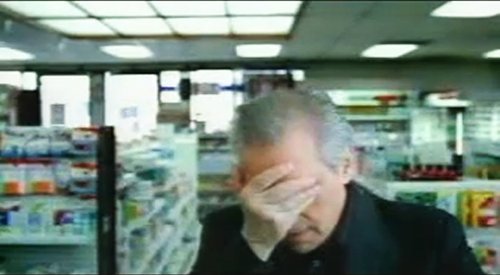 Scorcese? SCORCESE? Ooooh! It's S-C-O-R-S-E-S-E, you, stugatz! If you want to CMOR days on this planet, you had best go back and see to it that this egregious mistake is corrected tout de suite. You hear me, Slimelight? If not, the robot gets it. 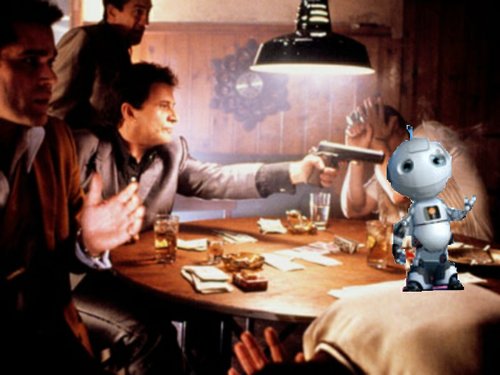 Another great thing about the soon-to-open ArcLight nearby: no pre-show, only 2-3 trailers.

I'm way confused now.... the IMDB entry for Gangbangs of New York boasts neither a Scorcese or Leonhardo:

It does feature an actor named Dirty Harry...