It's 'Take Aim at Marks Day' at The Reader

A pair of socks from Holman and Grimm

While putting in a rare personal appearance at the office, Matthew overheard Jim tell Ernie, "Well, that wraps it up for Marks."

Paranoia strikes deep. Why else, on the same day, would I receive two very disturbing emails from the powers that be?

First, Jim forwards an item that pretty much hammers home the disposable nature of film criticism these days. While it's gratifying to learn that "mobile-connected moviegoers are bigger movie enthusiasts than the average U.S. moviegoer," did they have to emphasize the point that "today, with the help of their smartphones and tablets, moviegoers can...even post their own reviews on social networks before the closing credits roll."

What are you doing to me, boss? Articles that applaud people who text during a movie are my idea of a one-way ticket to a strait-jacket. Let the kids wait to text on the ride home and allow law enforcement agents to do their job.

Ernie's email arrived shortly after Jim's. I've been with The Reader for almost two years and Ernie has had an open invitation to join me at any screening of his choice. Always a man of impeccable taste, Ernie wrote, "Hey Scottie, Do you have an extra ticket to Snitch, and if so, you want some company?"

Only two people were ever allowed to call me "Scottie." Both my parents are dead.

It's not so much his selection of films, but the ugly revelation that surfaced on the car ride in. The last film Ernie saw in a theatre was Inception. That was three years ago!

Were the industry to depend on guys like Ernie, motion picture exhibition as we know it would cease to exist.

Moviegoers should thank their lucky stars that Ernie's in-theatre appearances are as rare as Halley's Comet. It was non-stop talking, texting, kicking the seat in front of him, and yelling at the screen for 112 minutes.

Why wasn't he there when I saw Lincoln?

Fortunately for us, both Ernie and I walked away entertained. Ric Roman Waugh wasn't kidding. Snitch is a fine time at the movies. And leave it to Grimm to earn big points with his scintillating post-show disembowelment of the film's excessive use of hand-held close-ups.

I've yet to have the privilege of attending a screening with Mr. H, but word on the street is he's a big Steve-O fan. Here's hoping there's a Jackass 5 in my future.

Aw, Scottie is cute! It brings to mind either a sweet little breed of terrier, or else "good old reliable Scottie Ferguson" whom Jimmy Stewart played so sympathetically in "Vertigo." I know, for myself, that whenever anybody calls me Georgie it probably signifies that they love me. It was the last thing my father said to me before he died.

"Scottie" brings to mind either James Doohan or a scraggy fisherman casting for cod in the Moray Firth. I wish I had a buck for every schmo who greets me with, "Beam me up, Scotty." (I invariably reply "did you say 'beam' or 'beat?'"). I've never watched an episode of "Star Trek" and swore off the big screen versions after "Khan." I went fishing once in my life. I was 7 and almost fainted while watching my Uncle Freddy grapple to rip the hook from the squirming fish's mouth. If you must call me anything, make it "Scooter." Aunts, uncles, and cousins were free to call me "Scotty." Only mom and dad called me "Scooter."

For the record, the last word my mother spoke to me before she died was "Sled." 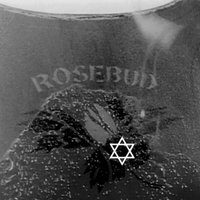 I've left six pairs of shoes outside of my office door. I want them all polished by 3 p.m.

I want them so shiny that you can see your pompadour reflected in them.

And I damn well better not find any popcorn-butter fingerprints on them.

And tell Ric Roman Waugh that the shaky hand-held camera routine was already passé the last time I went to a movie... three years ago.