Remember this lovely bit from the 2010 Oscars? Tina Fey and Robert Downey Jr. doing a back-and-forth about writers and actors?

Tina Fey: "It's really not. You should just say whatever we type."

Ha ha! It's funny because it's true; us writers really are sickly little mole people. But you know what actors are? Meat puppets. Don't believe me? Take it away, James Deen, porn-star turned movie-star, writing on his experience making The Canyons:

No one likes actors. They are commonly referred to as “meat puppets.” Every person involved in movies thinks of actors as a joke.

Braxton is an amazing producer. You never know what is actually in his head or if he is telling the truth. I mean that as a high compliment...His super-producer mask meant I had little idea what the reason for or the goal of the meeting was...Braxton even took a few weeks to come around and realize the best way to deal with me is just to be honest, or as honest as a producer possibly can be. Again, this is a compliment.

In my previous experiences, the director is a person who has a vision and communicates that vision to everyone in order to create the art. Their primary concern is the piece and the integrity of it. You shut your mouth and do what they say regardless of if you disagree. With this in mind, I was not concerned about dealing with the director, egotistical or not.

I am a pretty nervous person, and I was fighting a panic attack as I waited for the literary icon to arrive. He walked in, and I could see he was full of the same nerves I was...Bret couldn’t promise me a thing, and he never tried.

On the production crew:

I won the crew over quickly by being professional and showing them we had the same goals. We all wanted not just to make a movie, but to make this movie. We also wanted to make the movie as good as we possibly could. We cared—not about ourselves, or our credit, but about the project.

She added a level of exposure to this movie that my name alone could never have created. The message behind The Canyons was sure to get out. The movie could suck and half of Bret’s, Braxton’s, and my goals would be achieved regardless.

Maybe it's because he doesn't dream of making it in Hollywood, but there's a candor and coolheaded assessment in all of this that I find refreshing. Everybody needs everybody, even if nobody likes anybody.

Tom Hanks is apparently well liked in Hollywood (unlike the wackadoodle Tom Cruise). 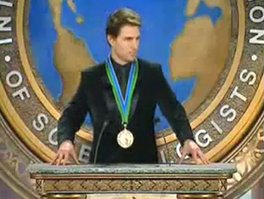 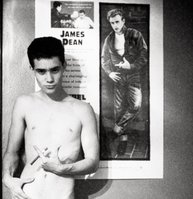 You're tearing me apart... HIYOOOOOO!