Years in the making, Pac-Arts white Drive-By Cinema van, an experimental mobile movie project, is set to hit the streets with "a celebration of love and kung fu this lunar year."

After several test runs, the training wheels are off and Drive-By Cinema will host a launch party Friday at 5:00pm in City Heights in front of where the State Theatre once stood on El Cajon Blvd. and Euclid Ave in San Diego. 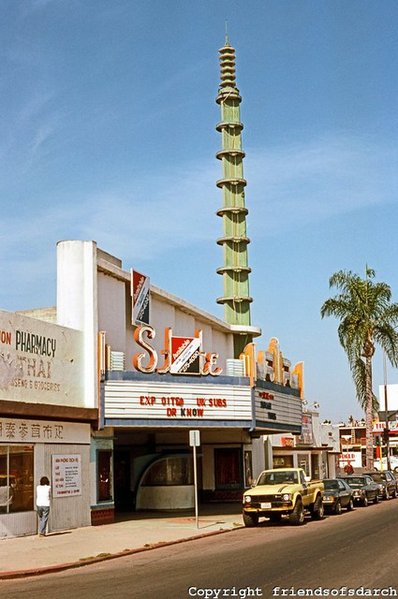 Our own Jay Allen Sanford remembers the single-level, 1,012 State Theatre in this comment he left on Cinema Treasures:

"The State closed for awhile in December 1979, when the Mann chain declined to renew the lease due to low attendance. Building owners Marie Ogden and Peggy Lou Foster, daughters of the theater’s builder, sold it in June 1980 to a group of Italian investors, Alcer Incorporated, for $425,000.00

"The State began showing Asian flicks around the same time as the Broadway Theater on 8th and Broadway downtown, in October 1980. The same Asian owner who took over the State Theater in late 1980, Thoat Tang Minh, also screened Asian fare at the Broadway.

"The Mann chain took 976 theater seats with them when they pulled out of the State. It reopened as the Trieu Thanh Theater on October 4, 1980, under Minh (age 20!) and his partner Nguyen Huu Due, with around 1,000 patrons attending opening night, according to an article in the San Diego Reader dated 10-23-80. The duo also ran Asian cinemas in Anaheim, Santa Ana, Oakland, San Jose, and Sacramento.

"Today, some of the State’s ornate sidewalk inlay remains, though it’s getting quite broken up. The lovely circular stand-alone ticket booth is long gone."

Drive By Cinema was inspired by the late George Lin, former San Diego Asian Film Festival Associate Director. George wanted to convert old mail trucks into portable cinemas to drive around the city and project films. Pac-Arts has "refurbished an old truck to cruise around high foot traffic areas and blast films wherever they can."

One catch: Drive-By Cinema never announces what film will be screened. They do promise "that history will be exorcised through a film from the State Theatre’s Asian cinema decade, snacks for all, and an after party with Beat Kitchen at the equally historic Til Two Club."

Here's the part I personally don't get: "There are no rules of engagement. Pedestrians and followers will decide what to do with the film. They can walk in and out, they can talk, they can eat, or they can ignore it altogether."

Why bother with Drive-By Cinema when I can get the same treatment at any multiplex in the land? 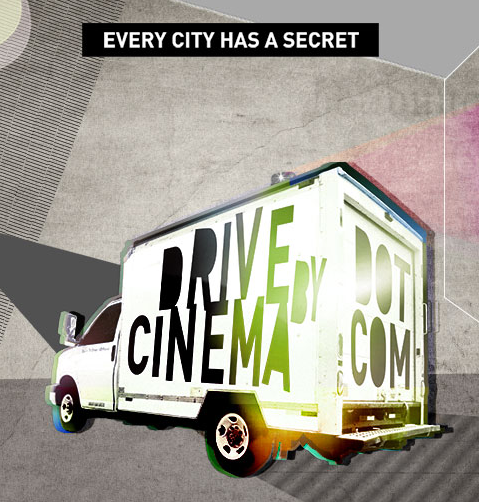 I hate dealing with screaming kids in a movie theater. Now it will be screaming kids on the sidewalks, in the back seats of cars...and don't even get me started on honking horns!