With the meshungina v'toit over at AMC La Jolla still deciding whether they want to run a movie theatre or a glorified Brew 'n View (and Arclight pricing themselves out of the game) it looks like the San Diego Jewish Film Festival has permanently set up shot at Reading Cinemas Town Square 14 in Clairemont.

Mazel Tov! You couldn't have picked a better home base to compliment this year's impressive lineup of movies than the most friendly theatre in the county.

Normally the first to kvetch, this year the festival programmers appear to have worked overtime in assembling the best that cinema has to offer when it comes to reflecting contemporary Jewish life in relation to the arts, history, politics, and personalities.

Not unlike a full service Kosher deli, the San Diego Jewish Film Festival has something for everyone. New York is a sub-theme of this year’s festival. Patrons will experience "the pleasure of hearing music that thrives in the Big Apple from Julliard to the Bowery, watching the cacophony of political life and personalities, absorbing the visual images captured from immigrant life, the theatre and more."

This year's fest is brimming with celebrity documentaries, including profiles of Bert Stern, Art Spiegelman, Joe Papp, Roman Polanski, Garth Drabinsky, the late Ed Koch, Ethel and Julius Rosenberg, and even SuperJew himself, Jerry Lewis. For those who missed Gregg Barson's Method to the Madness of Jerry Lewis when it played Encore, here's your chance to catch the rare archival footage from Mr. Lewis' vault on the big screen.

The majority of films are shown at Reading Cinemas Town Square 14. There are also several screenings at the San Marcos Stadium 18, the Dove Library in Carlsbad, and the JCC's David and Dorthea Garfield Theatre. Click for a complete lineup of dates, titles, and venues.

I love your writing style--- it's witty and full of energy. Thank you for being a fan of the San Diego Jewish Film Festival. I hope to see you there. Can you come to "Shorts In Winter" at 2pm Monday the 11th in Clairemont? 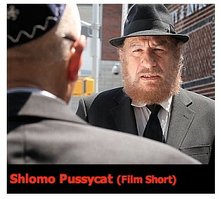 Great article! I can't wait to go to the festival. I'm most looking forward to Under African Skies, about Paul Simon's Graceland album.

Thanks for your schmaltzy coverage of the upcoming San Diego Jewish Film Festival. Your story conveys the energy of the event and the diversity of the films. It provides readers with enough information to illustrate that the subjects and personalities will be appealing to a broad audience. In other words, you don't have to be Jewish to enjoy the festival, you just have to enjoy movies, and your article demonstrated that clearly.

THANK YOU Scott for capturing the boldness and excitement of the Jewish Film Festival. There is literally a subject for everyone to enjoy. Comedy, tragedy, documentary, weird and mainstream, adult and kid -- This is a celebration of fine films. Nearly a hundred volunteers have poured their days and nights into this Festival, which is one of the largest in America. Hope to see you there! 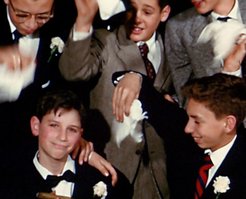