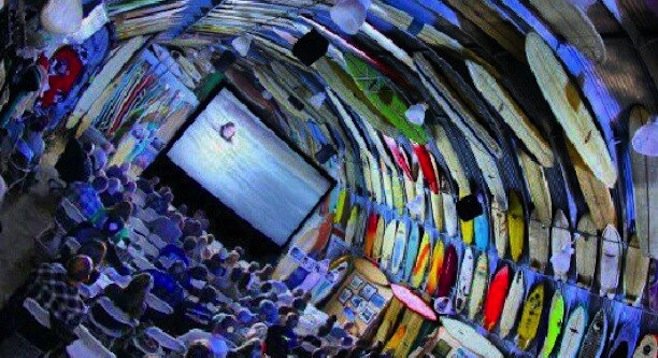 I don't know my groms from my salties or a hoot from a shaka. What I'm certain of is the San Diego Surf Film Festival is returning to Bird’s Surf Shed, 1091 W Morena Blvd., for its second year. The festival runs May 8 - 12 and with it comes another day and an added venue. Opening night festivities will be held at Surf Indian, 4652 Mission Blvd., in Pacific Beach.

This year's schedule boasts 35 shorts and features from around the world in addition to a surf art gallery, live bands, beach clean- ups, shaping demos, and surf expression sessions. Festival co-founder, Pierce Kavanagh, was fresh off a plane from Israel when we spoke. He shares what’s new about SDSFF 2 and how, in it’s own right, it’s become ‘the surfer’s Coachella.’ 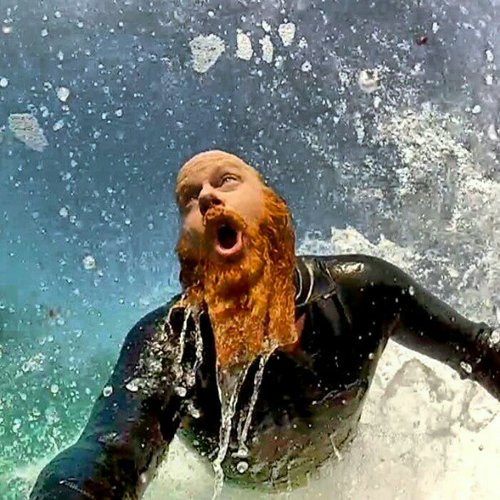 Scott Marks: I have it on good authority that you’re referring to this year’s SDSFF as ‘the surfer’s Coachella.’

Pierce Kavanagh (Laughing): We’re definitely not patterned after Coachella, but being the biggest festival of the year they offer the most music that you can see in any one venue at any time and that’s what we’ve become. In our second year we’re screening more surf films than any other festival around the world.

PK: We actually had to turn down a lot of good films.

PK: This year we’re trying to get out in the community a little more so we have things spread out a bit. We’re going to have our opening night at Surf Indian -- a surf shop and art gallery in Pacific Beach -- with a live art-to-music presentation. We have a beach clean up and body surfing expression sessions called a Stoke Fest on Saturday. On Sunday there’s a shaping demo. We’re not changing last year’s pattern so much as we’re adding to it.

SM: There’s one aspect of the festival that I hope remains the same. Last year you placed the judging chores in the hands of the filmmakers.

PK: Unfortunately, that experiment completely failed. We only received 30% in the way of responses, so last year we just had to kind of wing it. What we’re proudest of is emerging filmmakers stand shoulder-to-shoulder with established pros. That’s what our festival is about. The same night you’re going to have a kid who turned in his first five minute short hanging out with a guy who has been making surf films for 40 years. 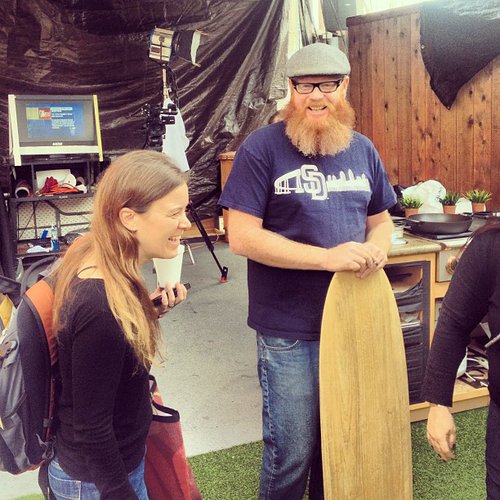 SM: You and your wife, Petra, who co-founded the San Diego Surf Film Festival are also independent filmmakers. You just returned from shooting a film in Israel. I didn’t know Jews surf.

PK (Laughing): Yes, definitely. It was an amazing trip. I studied up on it a little before I went and was pleasantly surprised by the surf scene over there.

SM: What brought the two of you to Israel?

PK: We have two films that we are working on right now. We have our own film called What the Sea Gives Me. It about unique individuals who have long connections with the sea. We have a great white shark tagger, the world’s foremost oceanographer, big league surfers...I was shooting for a much wider spectrum than just the surfing aspect that I usually dwell on. It’s almost done.

And we got on hired by these guys from New York who started a program called Resurf. They collected 50 surf boards and had a bunch of New York City street artists fix them up. They painted the boards, threw them in a giant container, sent them over to a village for disadvantaged youth in Israel, and we documented the journey. We hope that surfing will inspire them to open some doors or just lead a better life. That was a heavy trip. We just got back and I’m still jet lagged.

SM: If you had to pick one film out of the lineup that’s a must-see for surfers aficionados, which would it be?

PK (Without missing a beat): I love Intentio. That is putting me on the spot.

SM: My goal is not that you should make enemies.

To check out the latest in Hassidic surfing, visit: