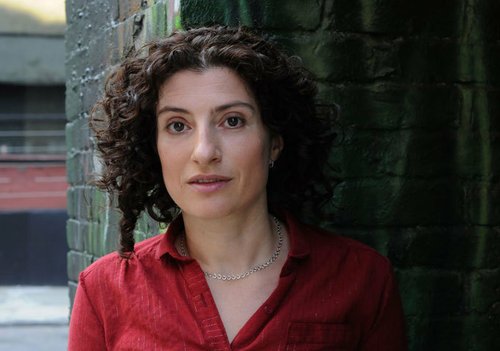 The Loneliest Planet tells the story of Alex and Nica, a happily engaged couple on an adventure through the Caucasas. They hire a local to guide them on a hike through the mountains, and a chance encounter leads to a fateful moment that reverberates through the entire film. Julia Loktev, who directed the film and adapted it from a Tom Bisell short story, was kind enough to answer some questions about the project. 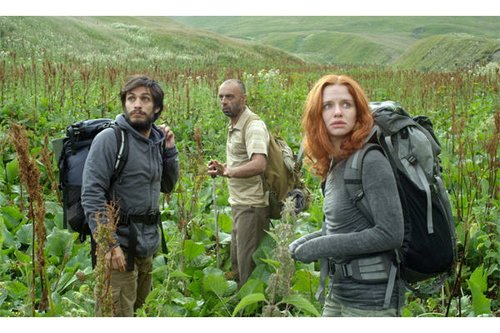 Matthew Lickona: What made you decide to adapt this short story for the screen?

Julia Loktev: When I read it, I didn’t think about adapting it. I was just reading. But quite a while later, I was invited to Georgia for a film festival, and I was traveling there with a boyfriend, and that made me remember the short story, and I thought, ‘Wow, that would be an interesting film to make.’ That world of backpacking in not-very-familiar locations was familiar to me. And I was so drawn to the central incident, and all the questions that it raises. I can imagine it happening, but God, I would never want to imagine it happening. It made me very uncomfortable, which is exactly what made it so interesting. And the core of the story is about love. What do you expect from yourself; what do you expect from the man you love? I think nobody really knows how they’re going to react when they’re under duress, and you can spend your whole life telling yourself what you think you would do, and then it happens, and you act completely differently. I think that’s devastating, when you discover that you’re not the person that you wanted to be. We do things we never believed we would do, and then what do we do after that? There was a woman who interviewed me, and I found this fascinating: she said she liked the film, she thought it was so interesting. And then she said, "Well, my husband would never do that." And I said, "Well, what if he did?" And she said, "Well, he wouldn't." And I had to repeat, "Well, what if he did?" That's what the film is about.

ML: I watched it with my wife. After the moment had passed, she turned to me and asked, "When are they going to talk about it?"

JL: Maybe one day they'll talk about it. But sometimes, the most extreme things are very hard to talk about. I think that in this culture, people think that everything can be solved by talking. But sometiems, when something really drastic happens, you don't know what to say. These people can't seem to talk about it, so how do they communicate? Because we're constantly communicating with someone we love. We're communicating by how we touch them, how we don't touch them, how we give them something, how we don't. It was important for me to see them find a language without words, because what on earth do you say? We say "I'm sorry" every single day - the first line in the film is "I'm sorry," because he's taken a while to get their electric teapot. We say "I'm sorry" a hundred times a day, but there are situations where that doesn't seem to be good enough. 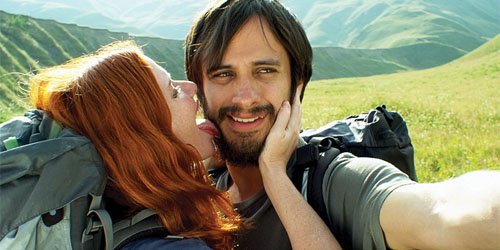 ML: Tell me about Alex and Nica.

ML: Tell me about your use of light; it’s clear you took a lot of care with that.

JL: Well, when it goes black before those fire scenes at night, that’s my experience of camping. So often, when we see fire scenes in movies, they light up the mountain behind the characters. But when you’re out camping, you don’t see that mountain – you see nothing. That’s part of the mystery and excitement of camping. It’s about not seeing things when you’re in the darkness away from the fire. And yes, the light during the day was so important to us. I wanted the film to feel slightly like a fairy tale, almost like a memory. So we shot in very particular light, with a slightly magical feel. We didn’t want harsh, direct sunlight, so we had to use the mountains around us like clouds. We had very detailed studies; we knew when the sun would come out, what arc it would follow. I love the magic that the sun can bring; the same thing can look beautiful or utterly boring based on the light. 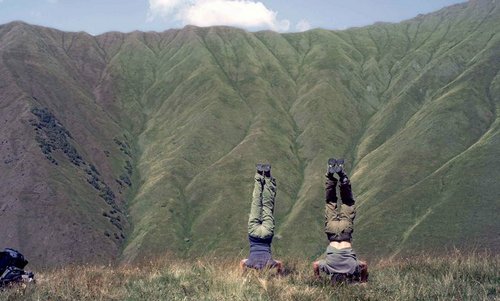 ML: The setting is practically a character in the story. Did it ever offer any surprises, things you hadn't counted on?

JL: Constantly. When you're out shooting with a crew of a dozen people in the middle of the mountains, nature throws you a little surprise every day. You get to appreciate the power the nuances. I try to plan things very exactly, but then I try to be open to what's happening in front of me while we're shooting. I love the fact that a bug flew into Hani Furstenberg's eye and we kept rolling. I'm sure the actors thought I would call "Cut!" but once they realized I wouldn't, they just went with it.

ML: That's remarkable, because the moment provides such a natural occasion for Dato's first sort of rescue of Nica.

JL: People pointed that out to me afterwards. I didn't even think of it at the time. 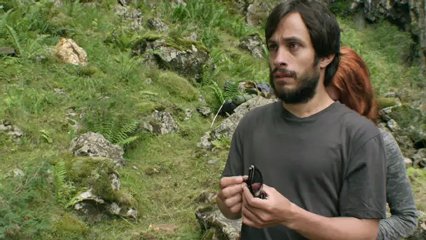 ML: How did you interest Gael Garcia Bernal in the project?

JL: In the most traditional way: we sent him the script, and he liked it. He responded to the character, and to the question of the film. And he said he’d dreamed of going to the Caucasus as a kid, because he’d read Lermontov’s A Hero of Our Time in middle school, and it was set there. Apparently, that really sparked his imagination. So in the film, I have them reading a little bit from the novel.

ML: Alex struck me as just the sort of person who might react the way he did - sort of a sophisticate who's proud of his willingness to travel to places that aren't touristy, but not exactly an alpha male.

JL: I have to disagree with that. I think that's the most absurd thing I've heard. I think it takes a certain adventurousness to go outside of your comfort zone, a certain spirit and strength. And I think nobody knows how they're going to react. I say that as somebody who's been mugged, who's been in all kinds of different situations while traveling in Latin America, for example. How I acted was nowhere near how I thought I would. And I don't think it damns him for life. I don't believe that a single action reveals somebody's "true nature." I think good people screw up all the time. We transgress against those we love all the time, and I think people forgive the unforgivable all the time.