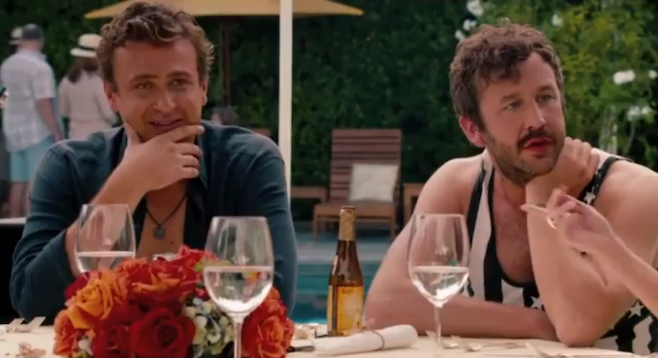 The new mid-life movie This is 40 isn't just Judd Apatow getting to fantasize that he's Paul Rudd by casting him opposite Mrs. Judd Apatow, aka Leslie Mann. It's also a chance for him to introduce the world to Megan Fox's talents...as a comedian!

Behind the scenes of 'This is 40' with Megan Fox EW.Com 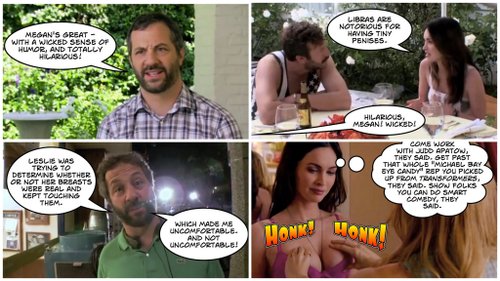 So I was wrong. Albert isn't the only thing worth looking at in the movie.

The only Golden Globes Megan Fox will ever possess. 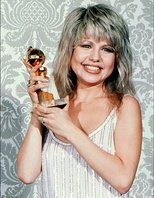 LOL...I am watching Pia Zadora RIGHT NOW, in an old movie that I have seen before and is actually pretty good for the source and budget; "Santa Claus Conquers The Martians"