It's bad enough that security guards prohibit members of the press from smuggling electronic equipment inside the theatre so that one may record a movie off the screen to later peddle on the streets of TJ. You don't want to be around me before I've had my morning movie and cup of coffee. 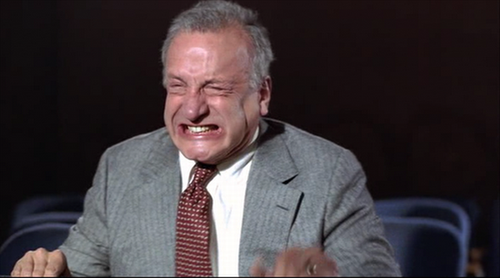 It's not an official daytime screening at AMC Fashion Valley unless I see Rebecca Murray, film critic for About.com, standing in line ahead of me at the Starbucks. We usually exchange a few snarky comments about the day's attraction before Becky enters the auditorium while I stand outside finishing my smoke.

Today was different. Using the sole of my shoe to decapitate the cherry, I flip the butt into the nearest ashcan and head towards the theatre. There is Becky, seated on a bench in the lobby, surrounded by long-faced colleagues all looking as if they had just lost their best friends. Staring up at me with Marc Anthony-eyes she softly growls, "They won't let us bring our coffee into the theatre." 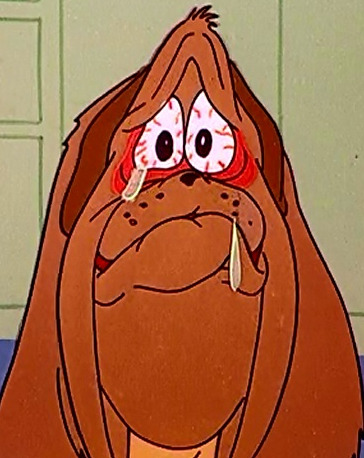 Since when? The black-shirted ticket-taker stands firm insisting, "It is AMC's policy not to allow guests to bring in outside food or beverage."

We're not guests, we're film critics, strange visitors from another planet who came to earth with powers and abilities to get into movies for free.

A familiar face stands behind the concierge desk, a former AMC La Jollian who I became friendly with while working for the Cinema Society of San Diego. After explaining the Mocha Java mix-up, he calls to the sentry barring admittance and informs her that it's okay to let us pass.

For five seconds I'm a hero. We hoist our cups and with a triumphant, "Follow me" (The Duke would have been proud), I led the charge to auditorium #5.

Cut the merriment. When I arrive home, an email awaits informing me that AMC is enforcing their outside food ban and critics no longer will be allowed a cup of coffee to wash down their morning movie.

I would gladly up AMC's per-capita, and am always the first to chide those who cram their purses with cans of Shasta and Glad bags filled with home-popped corn. Daytime screenings are generally held at 10:30 a.m., a time when most multiplexes aren't open for business and it's impossible to purchase a cup at the concession stand.

Let's change the scenario slightly. Little Scooter's parents want to rent an auditorium at AMC Fascist Valley to throw a birthday party for their adoring tyke. They arrive with 30 ill-mannered toddlers and a Carvel Cookie Puss cake in tow. Are you going to tell me that the heartless bastards at AMC would dare deny little Scooter the joy of sharing his special birthday cake with friends and loved ones?

One person's cake is another person's coffee. In both cases, it's a private rental. When last I checked, neither Cookie Puss nor his sweetmeat sidekicks Hug-Me Bear and Fudgie the Whale were currently playing at an AMC snack counter near you. Neither is a freshly-brewed pot of coffee at 10 a.m.

Don't let AMC stand for A Mocha Conspiracy. Either have a pot of hot stuff brewing at point of purchase or let us smuggle in our own containers of forty weight. 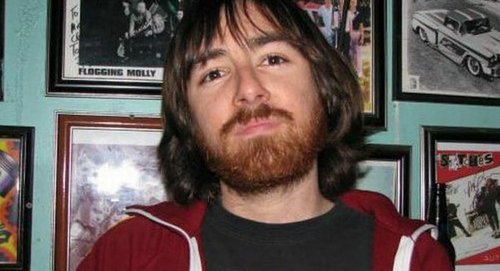 You mamalukes should take a hint from the grand and glorious Branden Parish, San Diego Marketing Coordinator for Landmark Cinemas, who always has a fresh, FREE pot -- with refills -- waiting for the press. The guy is such a sweetheart, he even puts out a pot of boiling water and tea bags on days he expects retired Reader critic Duncan Shepherd to show up!

Branden Parish, for your continued commitment to cinema and exceptional brewing skills, The Big Screen votes you its Man of the Day, and with it comes a gratuitous plug for your band. Les... 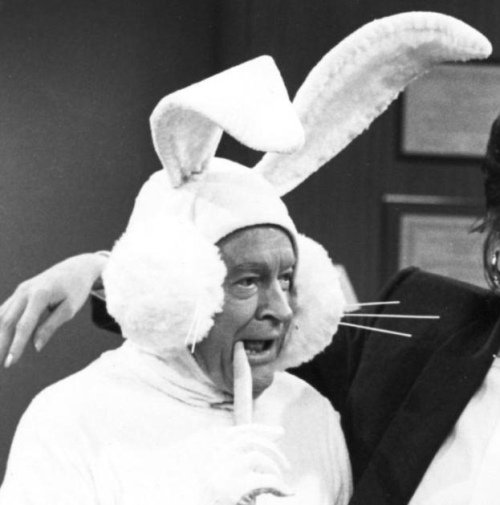 This is Bob "Mind Your Putter" Hope reminding you ladies and gentlemen to start your Easter celebration early this year. Join Branden and his band, Sculpins, when they take to the stage of the Ken Club this Friday night with Oddball, Last Years, and Section 242. (Wasn't Colonna classified Section 242 when he tried to enter Phnom Penh? That was wiiild!)

Hey, here is a complete rundown of Sculpins' tour dates for the next couple of months. I'd love to see these rad youngsters rip it up at the Chicken Pie Shop one night.

Friday April 27th – Shakedown with The Mentors. (Crosby and Jolson?)

Thursday May 10th – Soda Bar with White Hills. (Dolores and I lived in White Hills before moving to Toluca Lake.)

I wish I would have lived long enough to book Methlabs on one on my NBC Christmas Shows. I'd have coated the hipsters with gravy and fed 'em to Phyllis Diller.

Y'know they're all great kids and as much as I'd love to join Sculpins and the Needle Dick cats, my schedule calls for me to open a Piggly-Wiggly in Bransen, not listen to Branden.

This is a fine post, an important post, but it ignores the obvious converse to the morning-screening coffee: the evening-screening booze. Are you trying to tell me that I can't bring my flask any more? How am I supposed to keep my hands steady enough to take notes?

Of course I've seen Tony Gwynn's mouth. You won't catch me near a baseball!

Explain your problem to the studios' publicists. They may exert pressure on AMC that you cannot. Or they'll spring for a pot of coffee.

Thanks, Sean, but this is San Diego. We try harder.