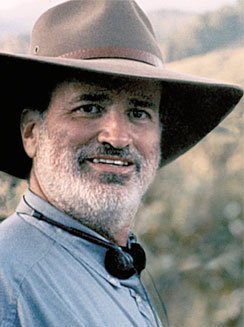 A hand-written sign hung in every projection booth that has been my privilege to man: THE PROJECTIONIST HAS FINAL CUT!

One lazy projectionist is all it takes to sabotage the years of hard work put into getting a film from script to screen. Director Terrence Malick (Badlands, Days of Heaven) knows this and expressed his concern in a letter sent to the attention of every projectionst assigned the sworn duty of bringing his latest film, The Tree of Life, to light.

Malick begins by cushioning his "fraternal salute" by pointing out the obvious: "Proper theatre projection is fast becoming a forgotten art." He asks projectionists to take into consideration the following points:

Are all of of Malick's efforts worth it? Find out next Friday.

Now there's a director who cares about his craft!

Can he come help me hook up my satellite dish with my DVR and VHS?

1) Since he's talking about reels the directives are obviously aimed at film not digital projection and Mr. Malick should know that standard light level for film projection should be 16 foot-Lamberts, not 14. I refer you to SMPTE standards.

2) "Project the film in it's proper..." I don't know if this is verbatim but if so there should not be an apostrophe in its. It's would be a contraction of "it is" or "it has." The possessive its doesn't get one. His...hers...its. No apostrophes in any of them.

It's called a typo.