"Robots are for finding bodies, not carrying cell phones." 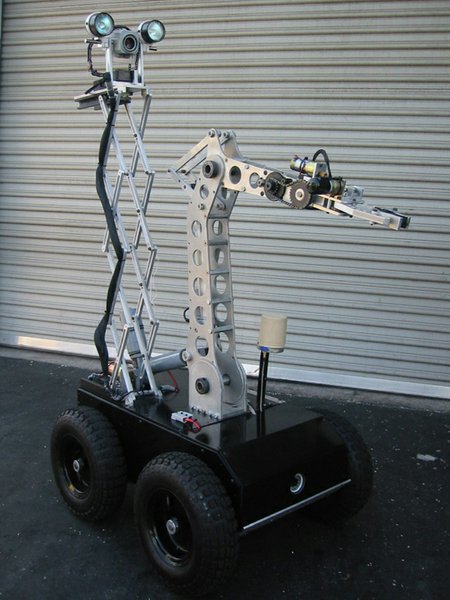 For half a day, a SWAT team sat outside the home of Mt. Helix shooter Lionel Silva as an allegedly drunken and enraged Silva fired more than 100 rounds into the La Mesa sky before apparently taking his own life.

Silva's friend Milton Neto had experienced Silva's rages before, and knew how to talk him down. But when he asked San Diego sheriff's deputies for a chance to reason with Silva, he was rebuffed. "Allowing a family member or friend to approach the house could have been catastrophic," explained San Diego County Sheriff’s Department spokesperson Jan Caldwell, a former negotiator. "Deputies don't send people inside a situation like the one they encountered on Monday. Silva wasn't answering his cell, and we just couldn't get close enough to send in another mobile phone. So we stuck with tear gas."

Eventually, the team sent in a SWAT robot to investigate, and the robot found Silva's body.

Let's face it; authorities are not going to allow someone to talk a distraught person down and deprive them of the chance to use their new toys and possibly kill somebody. Hell, do you have any idea how much they spent on these robots and gas bombs and all that lethal paraphernalia? There are plenty of people, but not many opportunities for our local law enforcement to operate like they are Kill Team 6.

These guys are totally out of control.