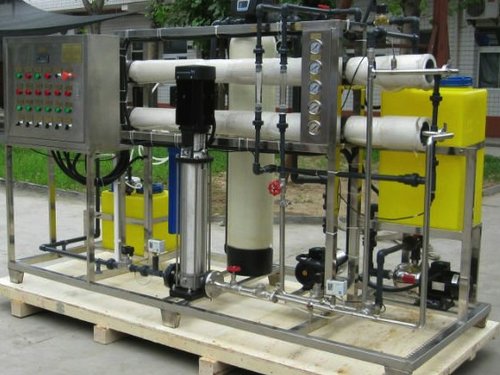 Hey Mom and Dad! We all know that science is important for making apps and building a better McRib, but did you know that it can also be life-saving? It's true!

That's why we here at SD on the QT want your children to learn science! And what better way to learn science than by producing fresh, clean, drinking water? (Yes, we know the answer to that question is, "By producing pure, delicious alcoholic beverages and/or crystal meth," but bear with us - this one's for the kids.)

In light of San Diego's monster deal to buy unsalted seawater for its thirsty golf courses and dog parks, the timing couldn't be better for you to invest in this home desalination plant, priced at just $50,000! The plant comes completely disassembled, so your child will be able to learn how each component contributes to the production of salt-free water - just like the stuff that comes out of your tap! And it runs on ordinary household electricity - about the same amount as you would use to power a city block. Just drive down to the beach, load up a dozen empty milk jugs with seawater, bring 'em home, toss 'em in the machine, and voila! four hours later, you've got over three quarts of fresh, non-toxic, life-sustaining water.

Of course, we understand that not every family can afford $50,000 for a machine that makes water, so we are also proud to offer our bargain version: Billy the Bowl's Toilet-to-Tap Wastewater Washstation. No, it doesn't wash you in waste water; it washes your waste water! At just $10,000, it's much cheaper than our home desalination plant. And it costs far less to run. The only catch is, it's kind of gross. Still, beggars can't be choosers, and kids need to learn: sometimes you ask for the pony, but you settle for the hobby horse.