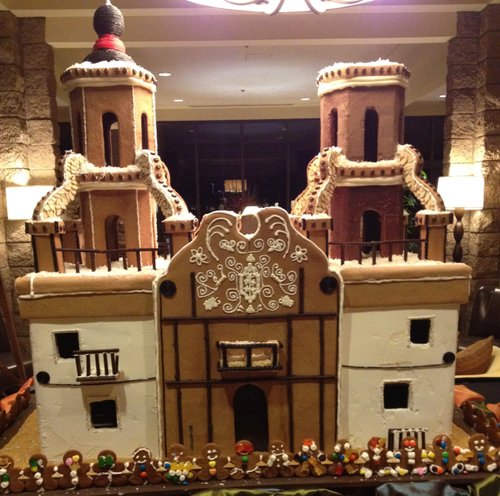 Just in time for the Christmas celebration, er, December Nights at Balboa Park, here's a wonderful, intentionally temporary structure your child can build out of flour and frosting - much like the buildings that line the Prado!

After Christmas, children will look upon their creations and join with Balboa Park architect Bertram Goodhue in saying that "They are now crumbling, disintegrating and altogether unlovely structures, structures that lack any of the venerability of age and present only its pathos." But unlike Goodhue, they can eat their mistakes!

WARNING: Be sure to store your Crumble-House in a cool, dry place. If the recent floods at the Casa de Balboa building have taught us anything, it's that these edible edifices don't hold up well to water.