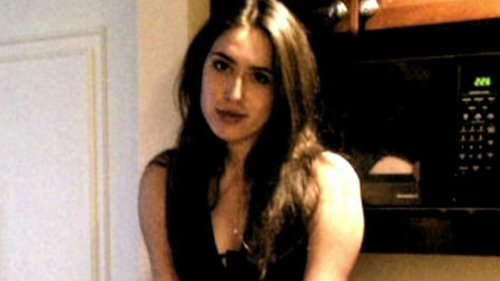 As the details surrounding the murder of 22-year-old local military ex-wife Brittany Killgore continue to emerge, San Diego's sex slaves are reportedly asking their masters for permission to speak out in protest against unsavory associations between themselves and Killgore's alleged killer.

"Yes, the last person seen with Killgore before her death was a Dom [Marine Louis Ray Perez] who went by the name Ivan and kept a poly house with his chief slave Dee," grants Lacey Paine, spokeswoman for Submissive Liberation As Virtual Empowerment [SLAVE], a Sub advocacy group.

"Yes, Dee wrote that she lived with two slaves of her own. And yes, the woman arrested for Killgore's murder [Jessica Lynn Lopez] shared a home with Ivan and Dee. But that doesn't mean that sex slaves are murderers. We do not deserve to be a victim of lies and innuendo anymore than Killgore deserved to be murdered."

"It's frustrating," continued Paine. "Just because I like to be humiliated in the bedroom does not mean I like to see my community trashed in the media. People tend to assume that, just because I like to be completely encased in skintight vinyl and then locked in a metal box that forces me to adopt the fetal position for hours at a time before being unpacked, stripped, strapped into a sex swing and fitted with nipple clamps as a prelude to intercourse, I'm some kind of weirdo."

"But I'm not," she protested. "I'm really quite conventional in many respects. In fact, you might say I do a lot of my thinking 'inside the box.'"

"Get it?" concluded Paine. "Inside the box?"

Is this from The Onion?