We went to Mission Beach to try and get some photos of surfers and the ...

Pelicans flying to perhaps get a meal from one of the boats coming in to ... 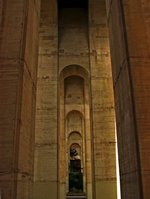 Under the Cabrillo bridge in Balboa Park.

One of the Pandas at the San Diego Zoo.

Inside the cafe at the San Diego Zoo.

A bee on a flower I took at the Wild Animal park.

Elephants at the Wild Animal Park

A Pelican stretching its wings at the Wild animal Park.

One of the birds in the Aviary at the Wild Animal Park in Escondido. 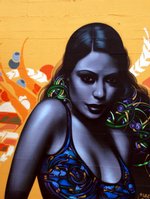 The old jail in Julian. It's amazing how small it actually is.

An old truck at the old goldmine in Julian, CA

Pelicans sunning at the La Jolla shores, near the Childrens Pool. We were walking around ...

One of the World War II bunkers used to lookout for enemies coming to San ...

The California Grey Whale statue that is in front of the Whale Overlook with the ...

Seagull landing on the pier in Ocean Beach.