I am a one of a kind artist, song writer, and music producer currently residing in San Diego, California. My taste in music ranges from Hip Hop and Dubstep, to House and Dance. I have worked and produced music with artists in multiple genres such a Reggae, Jazz, Punk, and Rock n Roll.

The goal for every song that I write is to A) Consist of an original concept or theme, to B) Consist of entertaining and original wordplay alongside mainstream singalong type hooks, C) to Encourage involvement from the listener by providing vivid imagery and real concepts to elicit emotional attachment, and last but not least, to D) provide uncommon song structure so listeners of my previous work continue to expand their understanding of how music can be produced.

My goal is to continue working with the best of the available artists, musicians, producers, songwriters, DJs, and agents in the entertainment industry in order to consistently make the best product available for public and/or private consumption.

I am currently working on completing an all soul music inspired mixtape, unofficially titled "Gateway and the Soul", which will precede my first solo project titled Antidote Overdose. The mixtape will include music from soul artists and groups such as The Main Ingredient, King Floyd, Peabo Bryson, D'Angelo, Metropolis Notte, Anne Sexton, Lee Moses, Smokey Robinson and the Miracles, Ann Peebles, Willie Hutch, and Gwen McCrae.

Antidote Overdose is a project near completion which will feature Artists such as P. Chase, Telegraph, NN$, Noble Langston, Jesse Milloy, Isiah Salazr, Problumz, and Hippy Sprints. The concept of Antidote Overdose is a response to the question "What does our community need?" So many aspects of life today have been tainted by the bad decisions that we've all been a witness to. Rather than pointing fingers, Antidote Overdose is all about pointing towards the solution.

Singles from Antidote Overdose are set to be released December of 2012! 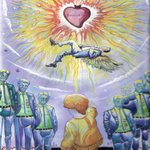 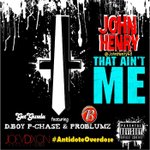