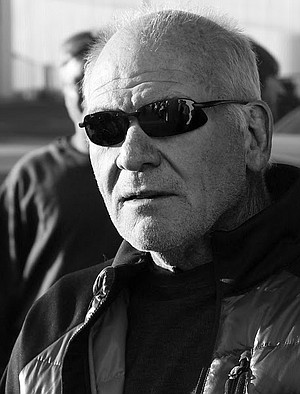 Ed Coonce is an artist, actor and writer living in Encinitas, California. He studied Fine Art at Indiana University after serving two tours as a Marine in Vietnam, and graduated from San Diego State University with a BA in Anthropology. As a writer, Ed specializes in short satire and his current art frequently reflects the topical nature of his stories. He has had numerous shows over the years, beginning with his first in 1983 at the Joan Ankrum Gallery in Los Angeles. His most recent exhibits include “The Art of a Writer,” at the Encinitas Civic Center Gallery in 2016, and “Bad Ass Men” at the Muramid Mural Museum in Oceanside in 2017. Ed's poetry and short stories have been published in Danse Macabre, and a new anthology, “East Hell Boulevard,” is ready for printing. He hosts East Hell Writers and Phantom Poets. He has also worked as an actor and Creative Director for Theatre Arts West, and is currently working on and performing in a soon-to-be-released full length film/musical.