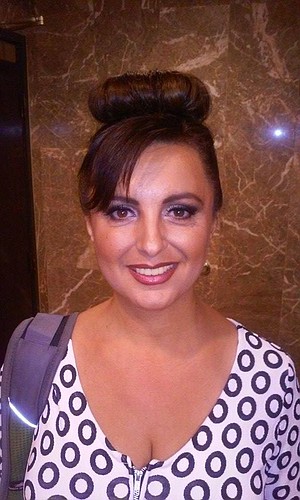 Ana Nita is a freelance video and photojournalist from Europe with over 20 years experience in the field as an investigative reporter for national newspapers and TV stations, war correspondent, TV News Producer and Editor, columnist and published writer. Ana received several awards for her articles published in the USA. She has been awarded by UNICEF for her journalistic contribution to the cause of war orphans in the former Yugoslavia and for writing about street children and abused children in her country of origin, Romania.

She is the first Romanian journalist to ever report on the issues of discriminated LBGT community in Romania, Eastern Europe. Ana is constantly reporting on human rights and issues related to the minorities, homeless people, the underprivileged and the victims of injustice, corruption and abuse. Ana loves to write profiles on people and is always interested in background stories, in the history of a place or a person. When she is not doing investigative reporting, she is out hiking, taking pictures of the wildlife and writing about nature and exciting trails.

Ana co-created and worked for SoundDiego (NBC 7 San Diego) as a video editor and videographer. She worked as a News Editor for NBC 7 San Diego. Wanting to share her expertise in filmmaking, Ana worked as a Media Instructor for Media Art Center SD, teaching all aspects of video and film production in 1-3 months sold out workshops: “Crafting a Short Film”, “Demo Reel for Actors” and News production. As an Instructor for “Voces Urbanas”, a pilot program with UNIVISION and KPBS San Diego, she taught Broadcasting and News Production to underprivileged young students in San Diego. She volunteered as a mentor, judge and film critic for the Film Consortium SD and is currently embarking to help build a powerful community for women filmmakers in San Diego. Ana is teaching Broadcasting and Video Production at schools throughout SD County.

Ana covers stories for the local media and is currently working on several documentaries, one being about the sand mining in the El Monte Valley, Lakeside. She volunteers to cover local stories for the MARA, Lakeside Historical Society, Lakeside Friends of the Library, East County Equestrian Foundation, among other non-profit organizations.

When she is not reporting on local events, she is certainly hiking or reading, drawing, knitting or saying "hello" to everybody she encounters and making new friends.

You can send her feedback at [email protected]

There are over 1,000 homeless people in East County.

Loveland Lake and Dam in Alpine is an authentic back country experience for hikers and ...

Loveland Lake and Dam in Alpine is an authentic back country experience for hikers and ...