It is customary for a Japanese establishment to have one of these cat figurines welcoming you in the door. It's called Menaki-Neko translated literally as Beckoning Cat. The are supposed to bring in good fortune to the business. These days you will see a Menaki-Neko in many Chinese and other Asian businesses, but Menaki-Neko is of Japanese origin.

Twister: When the middle class is gone, the revolution begins. Best, Don Bauder

Every community in any discipline has its share of politics, cliques and obnoxious narcissists, and every community has people that feel like all their problems are someone else's fault. They imagine that if only "The Man" would stop being so unfair, then all things would fall perfectly into place and life would be easy. You know what they say though; Never attribute to malice that which can be adequately explained by stupidity.

Grain of salt: For every person loudly proclaiming their self-appointed authority and demanding attention and praise, there are a dozen better-qualified and more accomplished individuals who just don't care about being in the spotlight. And for every brilliant artist who has to work day job just to stay afloat, there are a hundred untalented, unremarkable self-labeled artists, who will just-as-fervently clamor for the same level of respect and support. The fastest way to kill the legitimate voices is to add a thousand others crying wolf.

And since genuine critique is practically taboo in San Diego, no one calls bullshit.

Kinsee isn't an art critic, she's an event promoter. Zogo isn't an artists' champion, she's a narcissist who needs a hobby. San Diego artists aren't victims of any conspiracy, just victims of a culture that could care less about excellence in art, and institutions that systematically favor the rich and well-connected. That's just the world. Everybody take a Xanax.

Reader, if you care about local artists, stop reporting on just the parties and cat-fighting for the arts section and run a consistent column that's real art critique and discussion.

Or change nothing. We'll just keep on doing what we do.

"It strikes me this is akin to arguing which leg of that chair is most important." That's exactly my point. I buy my rockers at Auteur's of Hollywood. 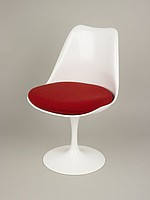 The best pastrami is navel pastrami, has more fat. Though, first cut is what many places use.

One of my long-time favorite pastrami sandwiches is at The Hat.

Ian, it was nice meeting with you and the others at the mag. You got good stuff, bro!

Cucumber/Mango + chamoy would be my choice. I love chamoy.

On Saturday, March 16th, the San Diego Mountain Bike Association’s Ride the Rancho event gave cyclists a rare opportunity to explore a property where visitors are seldom permitted, Rancho Guejito. The ranch is an enormous ...

My takeaway is that while named for Carlsbad, the operation is in the Vista industrial/commercial park. That's in my back yard, yet I seldom pass through the area. I don't recognize the photo of the building. It's time to check it out--who knows, I might like it and return many times. Thanks for visiting No County and for your reporting.

If you like that kind of food, you can buy lots of good Eastern European food at Holy Angels Byzantine Catholic Church. You can buy kilbasi, holubky, pirohi, and various desserts like rozhki and kolachi.

The entire picture here is bizarre. These brewers from outtatown have bought an operation that was sold for a mind-boggling $1 billion four years ago? If this is for real, Constellation has taken a huge bath on that deal. It had already announced huge financial write-offs, one for more than $100 million. So, now the minnow swallows the whale, and they march on.

No, excuse me, we don't know even half of what is going on here. It will take months or two or three years for all this to come into focus. In the meantime, enjoy the brewski if you enjoy it, and wait for the "rest of the story." Whatever it is, it will be most unusual to say the least.

Shared Loki My dog has a favorite bar. Loki quickly learned how to navigate the blocks to Hamilton’s Tavern, and if I let her control the leash on our afternoon walks in South Park, that’s ...

There seems to be an oversaturation of restaurants and hair salons, too.

“As a customer,” says Harry Ryan, “what’s your concern when you go to buy a cup of coffee?” He answers his own question. “You want to have a fresh, hot, quality brew.” Harry is one ...