That is rich, Bonnie Dumbass opposing sensible sentences, when she herself should be disbarred AND in the Joint for fabrication of evidence in a 1st degree murder trial!!!!!

Kudos to Jim Holman for providing both a public forum (The SD Reader) and encouraging discussion on this and any other issue facing SD voters!

Public discussion in San Diego's media is now being punked because Doug Manchester has now limited comments on stories and articles at the UT, Channel 10's website and also the newly acquired North County Times to only those with a FaceBook account and that is "allowed" on only those topics that do accept comments! The LA Times is the only major MSM left in SoCal and Doug Manchester is now considering buying it!

Our outgoing Mayor Sanders is infamous for telling City Staff to not talk to the Reader, and so it is no surprise that both he and BM are supporting Carl DeMaio, which is their right, but when Doug Manchester does so using the UT, then it has lost all its credibility as a fair and balanced newspaper, becoming instead yet another outlet for Profitganda in San Diego. Too many of our Leaders ignore the decisions made by voters of San Diego and continue to do what they want to instead and the MM issue is a perfect example! The voters have spoken and support that issue, yet our elected Leaders choose to ignore the fact that they WERE APPOINTED TO SERVE THE PUBLIC NOT RULE THE PUBLIC.*

If the UT can complain about The Reader's owner supporting the discussion of local issues, we should complain that the UT's Owner's media outlets are only posting whispers about the 1.2 Billion Dollar Debacle at San Onofre caused by SCE, which has gotten so much public attention that even the Utility Friendly CPUC has now started to investigate them? Why is the UT not following this major news story with daily updates? I bet it would be real news to most SD ratepayers, that we are now paying about $2 Million Dollars a day and receiving nothing in return from our Utilities, while SCE is paying record dividends to its shareholders! ttps://docs.google.com/folder/d/0BweZ3c0aFXcFZGpvRlo4aXJCT2s/edit?docId=0BweZ3c0aFXcFN1dhcUJDcVhMaGc

I see the The Reader becoming THE ONLY source of real news in San Diego and the fact that it is still FREE, says volumes about its Owner, Jim Holman; especially when compared to the UT's Owner...

Profitganda is the use of phony "feel good" information to sell an idea, product or concept to the masses.

The republicans proved one thing above all others during the last two years, they no longer want a Democracy.

They indentured themselves to Emperor Grover and the superPAC oligarchs and no longer tolerate compromise.

The San Diego U-T has been publishing deranged rantitorials using Rush Limbaugh as their role model ever since Oligarch Manchester bought it for that purpose hoping that he could fool all the people all the time by insulting every thinking voter in San Diego with his full page anti-Obama and anti-Filner aditorials that failed competely as the results prove. Manchester proved that San Diegans are smarter than he ever imagined.

It's time for Manchester to sell out the paper he trashed to the READER so truth and integrity can be implemented in the San Diego press so younger generations will get the information they need to protect their quality of life from the ideology of hate against minorities, women, life, liberty and the pursuit of happiness practiced 24/7/365 by Manchester and the GOP.

Women voters of San Diego: please take note! No matter how many ads the Dirty D.A. runs on women's programming channels, she is NOT your friend. Bonnie Dumanis is little more than a slimy good ole boy in a pantsuit, and a power mad one at that. She could care less about real women's issues and has not one iota of compassion towards ill medical marijuana patients--whom she persecutes for political gain. Bonnie specifically targets widows (the Marine widow) and single moms (myself) to pick on because she realizes their vulnerability, Bonnie looks the other way while her girlfriends (Suzanne LaTour & Patricia Gregory) commit crimes, drive drunk along 163, or steal money from their divorce clients. Any other person--female of otherwise--would be sent up the river. NOT Bonnie's "friends." When Chargers or former Chargers beat up on their girlfriends or Teila Tequila, Bonnie gives these steroid dogs a pass. Anyone else would be sent up the river. Don't even get me started on the Diana Gonzales tragedy that Bonnie is responsible for.

Do not buy this pile of BS that this POS hack politician is throwing at you! VOTE: NOT DUMAINS! 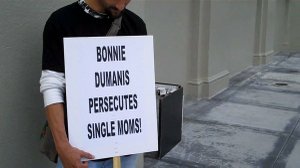 The demo'd properties appear to be well-maintained rentals that fit within the character of the community. The houses that replaced them are massively overbuilt for the size of the lot and further shield the ocean from public view. I applaud Mayor Filner for his stand against the proliferation of McMansions in the beach areas. Filner is a man of courage for his willingness to enforce the building codes and zoning laws as they are written. The city should exercise its power of eminent domain and buy the other two McMansions and tear them down as they are out of scale for the community and should never have been built.

The Budget and Finance Committee chaired by Todd Gloria met on February 27, 2013 to discuss Item 4 Fiscal Year 2013 Mid-Year Budget Monitoring Report prepared by Mayor Filner. This issue has been sent to the full City Council for an upcoming hearing.

Council President Todd Gloria has yet to schedule a hearing date to confirm the financial adjustments, and in fact may try to change the Mayor’s recommendations at the upcoming City Council hearing. Specifically as it relates to Balboa Park Traffic, and extending the $300,000 for Emergency Winter Homeless Shelter for 3 months in Fiscal Year 2013, which end June 30, 2013.

Todd Gloria wants alternative funding recommendations for the $3.6 million, and is not supportive of new Balboa Park Traffic Management Plan and the $500,000 costs.

For the 3 month extension to the Emergency Shelter, Gloria wants the extension added in the fall in Fiscal Year 2014, instead of right now in Fiscal Year 2013. Gloria has also asked the City Attorney to prepare a legal memorandum to discuss legal and environmental CEQA reviews that were waived when siting the Temporary Winter Homeless Shelters.

This is great news as we will finally get to see City Attorney Goldsmith’s misguided legal arguments, repeated by Council President Gloria, on the need for Conditional Use Permits (CUPs) for Homeless Emergency Shelters citywide.

I am shocked, shocked, that there might be traceable partisan collusion between the bench in San Diego and monied interests that support political campaigns -- even of judges and the District Attorney.

Thanks to Matt Potter for running this story of San Diego's usually-hidden business-as-usual. It's good never to feel the need to "fact-check" what I read here.

Her reelection campaign is in full swing already, and this is just part of it. Doesn't that pic of her with the softened hairdo and sweet expression just do it for you? Uhh, no, it doesn't, but I'm not part of the brain-dead electorate that will be casting ballots for this harridan very soon. And it would appear that Susan Davis (a Dem's Dem) is supporting her (BTW, if you didn't know, Bahnee claims to be a Republican.) Strange alliances, but since Davis and Dumbo are both of the female persuasion, anything goes.

This is the Bonnie Dumanis Facebook-related page to like: NOT DUMANIS. 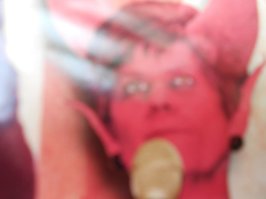 Why go to Mexico when Mexico is HERE? Further, what is the big deal about "scantily clad attractive women crossing at all hours"? Is that supposed to make us feel safer? Perhaps they work for gangster mafiosos. Maybe YOU are one of them. Was your comment an advertisement? San Diego has everything Mexico has, with two extra ingredients: law and order. So why go south unless we need to get away from law and order?

April 28, 2013
pearljammed
This comment was removed by the site staff for violation of the usage agreement.
May 9, 2013
monaghan

"Governance by people who know what they are doing...?" That would be Mayor David Alvarez. "A million dollars worth of union support...? The GOP and its vested interests will see to it that that figure is eclipsed soon enough. GOP spending is the subject of this story, in case you didn't notice.

By now San Diegans are ready for real change in this City and a fair deal for the residents. You denigrate someone who is intelligent, local, hard-working, Latino and possesses personal integrity? In this great country, that's your right. I happen to believe we would be better off with someone who personifies that description. And that would be Mayor David Alvarez.

The machinery of the Republican Party -- and hangers-on like campaign consultant Jennifer Tierney who live off proceeds from elections -- is gearing up for a New Year blowout of television spending to influence beleaguered naive San Diego voters to elect a nice-enough white-bread Establishment candidate as mayor.

This is such an important election for us: people will not be fooled by the customary limitless spending and they will vote for the best man, David Alvarez, who was born and raised here, educated here and, after getting elected to City Council in a tough race against an "insider," where he truly delivered for his constituents. Alvarez has roots here, City experience and personal integrity. He will deliver for us all -- not just the few -- as Mayor of San Diego.

And there's precedent for a change in pattern. Voters in Boston elected a working-class experienced legislator Martin Walsh over a lace-curtain Harvard grad candidate for their mayor. Voters did it in New York City when they elected Mayor Bill De Blasio with his multi-racial family and common touch. San Diego voters are ready for Mayor David Alvarez.

As I have stated before, thankfully this time, we have other choices for DA. I look forward to Bonnie's name being preceded by the words "former SD County DA".

aardvark: That would be very good for San Diego. She has politicized the office to an intolerable extent. Best, Don Bauder

laplayaheritage; That is certainly something to ponder. You always come up with sharp observations and pose important questions. Best, Don Bauder

A tight wig on a small-brained flunkie will always cause that person to brag about impeachments.